Where has 2013 gone?  I have asked myself this several times.  Time does fly by when you are having fun and I can say I had some fun this year.  I want to do a quick post of some of the blog’s adventures and highlights of 2013.

In February, A Touch of Disney in Black History, spotlighted African-American actors and actresses.

In April, I attended Disney Park’s Monstrous Summer Media Preview . The Walt Disney Company announced several events that would  take place during the summer of 2013.

I also had the opportunity to stay at my dream resort, Disney’s Grand Floridian Resort & Spa .

In May, I went on the Wild Africa Trek at Disney’s Animal Kingdom .  This is an activity I would recommend to all animal lovers. 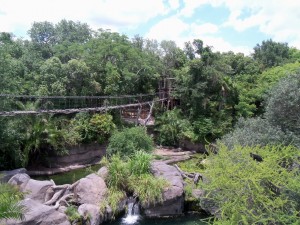 In August, I went to the 2013 Disney D23 Expo.  My sister and then 1 year old nephew tagged along for some expo and Disneyland fun.  This was their first trip to Disneyland.  One highlight of that trip was being invited to a dinner at  Club 33.

In November, I was invited to attend On the Road to Disney Parks – Atlanta sponsored by ESPN Wide World of Sports. 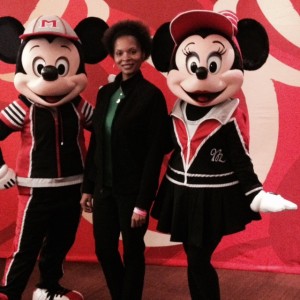 And last but not least, Mean Muggin’ Monday is still going strong.  I have enjoyed highlighting your coffee mugs this year.  This is one feature that will continue in 2014.  So submit your coffee mugs to DizThruBrownEyes@yahoo.com.