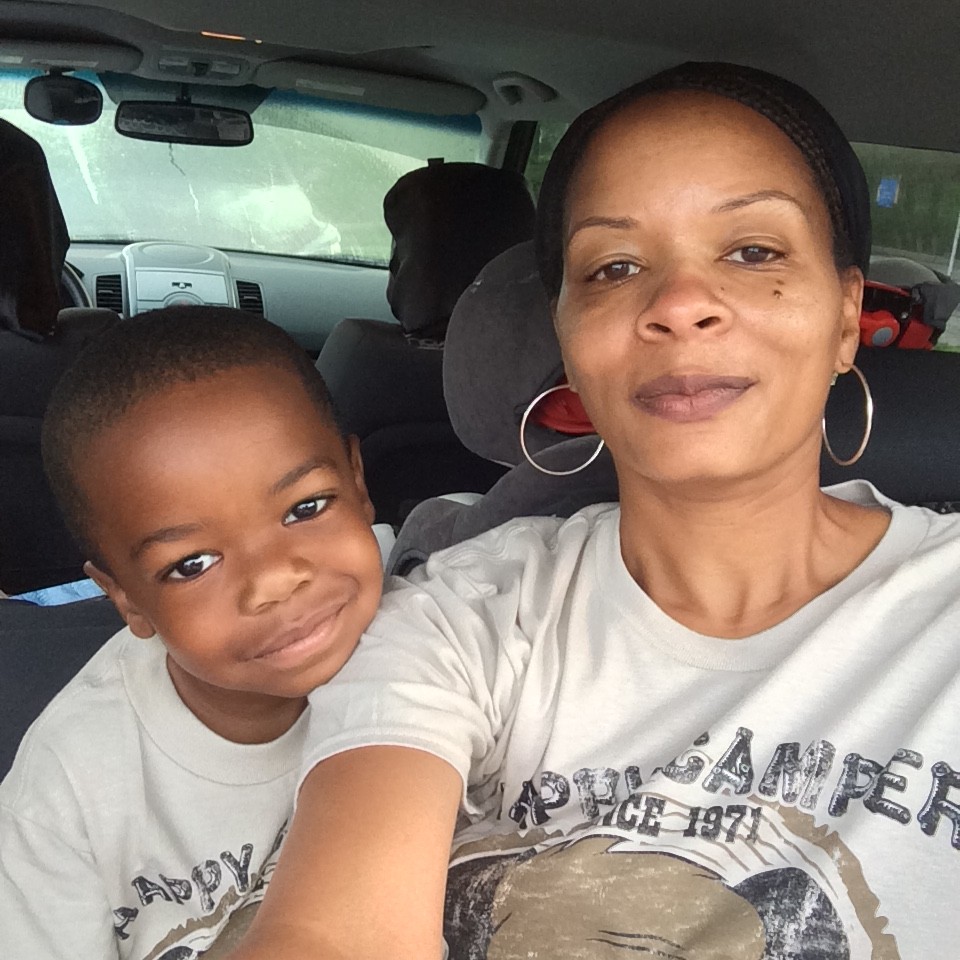 Sorry for the delay in posting concerning my Disney adventure with a handsome 3 year old nephew. If you need to catch up on the previous post, here is the link.

I woke up before Jacob in order to get the last of our items together.  I would have to get a sleeping 3 year old and luggage to the car. I managed to do it again. As soon as I got to the car, Jacob woke up. So why not take good-bye selfies.

We stopped at Chick-fil-a for breakfast. Jacob loves their nuggets. I had to remove the bread from the Chicken Minis to make them nuggets and he was happy. I made a traditional “good bye to Disney” Starbucks stop. It is funny how we always stop at the same gas stations, Starbucks, and eating places arriving and leaving Disney World. Since Jacob had his milk from Chick-fil-a, He did not ask for any at Starbucks. 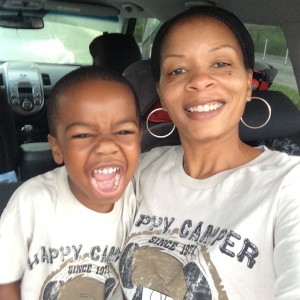 The drive back seemed like a long way. More stops were made due to him having to go to the bathroom. He did not nap on the way back as I had thought. Jacob stayed up talking, playing, and eating. I called his mother a couple of times because we had to check in with her. We stopped at my parents’ house to eat, relax, and have a potty break.

About thirty to forty-five minutes until the end of the trip, Jacob and I were about over the car ride. I did not inform you that Jacob is a backseat driver. He likes to tell you which lane to get in and to go faster. Well I was not following his directions and he was not happy about that. Jacob told me I was not his friend and I was not nice several times. I know to pick my battles with a 3 year old. I pulled into his driveway and told him to get out. We made eye contact and we both started laughing. Jacob told me he was not getting out without his stroller. I told him I could not fit in his stroller. However, I would be keeping some of his fruit snacks for dealing with his backseat driving. 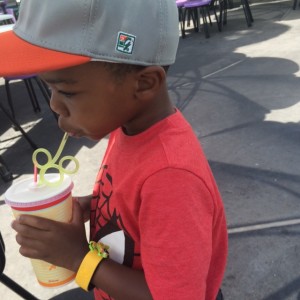 This first Tee Tee/Nephew Disney Trip was over but the memories are still there. We had so much fun together. I want to plan a trip for October for us to go to Mickey’s Not So Scary Halloween Party. However, his mother has not given the approval yet. Maybe everyone reading can help me convince her this trip needs to happen. She has been invited…Tee Tee/Nephew Disney World Trip plus his Mama.

Having fun at Disney’s Pop Century