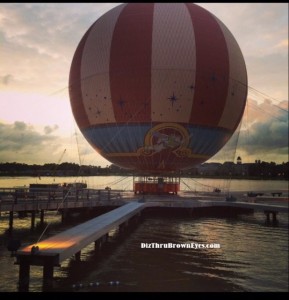 I have always wanted to experience Characters in Flight, the helium Disney decorated balloon located at Downtown Disney (Walt Disney World).  I can recall walking by it several times saying “I want to ride” or “One trip when there is time, I will ride”.   Well my wish came true on my March trip.  I discovered Groupon was offering a coupon for 2 adults to ride for $20.  The regular price is $18 per adult.  My sister was hesitant due to my nephew being only 2.  I talked her into it and on top of that stated he was free.

During our trip the weather was “iffy” most days.  So we planned to ride as soon as possible in case the weather was not permitting during the remainder of the trip.  In my research I read “the balloon will not fly if winds exceed 22 mph or if there is a storm” When we first went by the ride, there was a sign that stated they were closed due to weather. That was understandable because I could see dark clouds nearby.  After we walked around and shopped, we came back by and it was open.  This was our chance!

After showing our coupon, we were asked to park the stroller and take any valuables with us.  A photographer took our picture in front of the balloon and then it was time to board. You could see the cable in the ground that was anchoring us to the platform.  We ascended up slowly. Our “driver” informed us of when we would feel a little jerk due to the balloon reaching its maximum height of 400 feet.

He told us we could walk around if we wanted to.  Due to having the 2 year old we just stayed in our little area. The nighttime view was breathtaking.  I could see Epcot in the distance. Of course I tried to pick out different places.  My nephew and sister appeared to have a good time also. 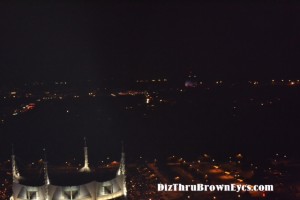 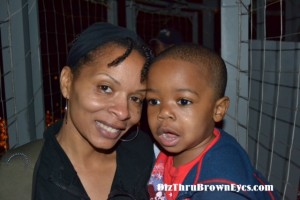 Our “flight“ lasted about 10 minutes.  We arrived safe and sound back on the ground. Remember the photographer I told you about, after disembarking our photos were waiting on us to view.  My sister ended up getting the package that included 1-5×7, 4-wallet sizes, and 2-clear key chains to put pictures in. She stated the digital copy was thrown in per the cashier.   So we are able to download more copies as needed.

I enjoyed our “flight” and would do it again in the daytime.  I would also take the time to walk around to look at different views.  If you would like to know more about Characters in Flight Operated by Aerophile,  information can be found on the Walt Disney World official website . 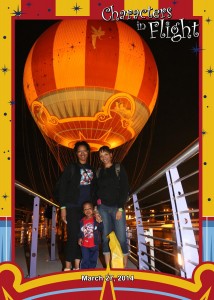