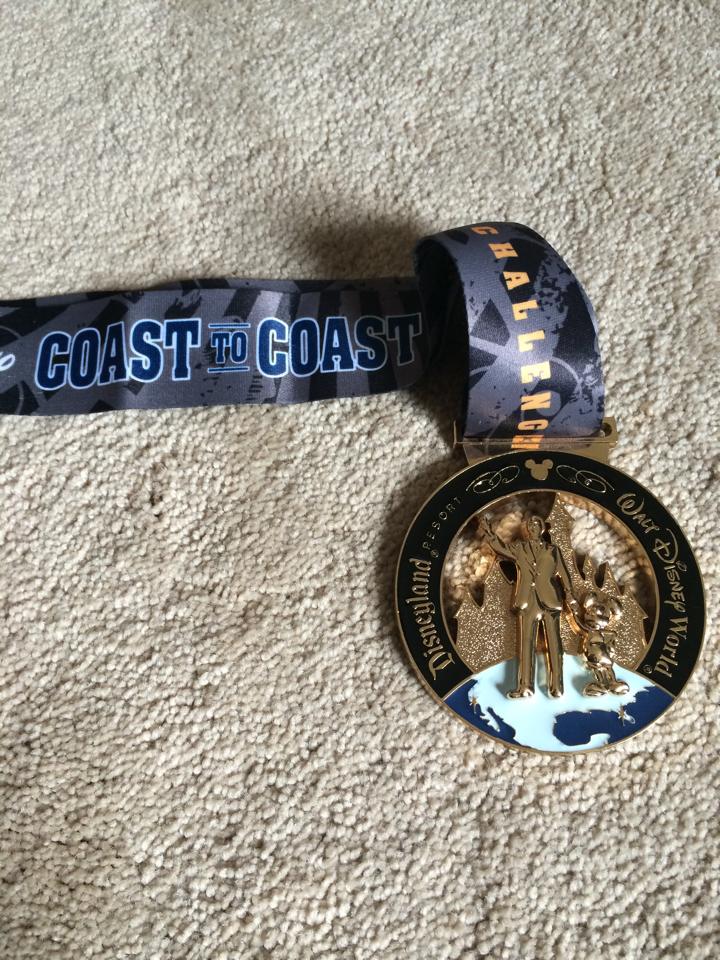 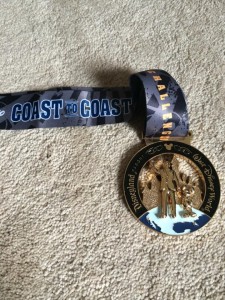 On August 31, 2014, a goal of mine was reached.  Well two goals I should say.  I participated in my first runDisney Half Marathon at Disneyland and earned my first Coast-to-Coast medal.

How do you earn a Coast-to-Coast medal?  Per runDisney.com, “If you complete a runDisney half marathon or marathon at the Walt Disney World® Resort and a half marathon at the Disneyland® Resort in the same calendar year, then you will receive a Coast to Coast Race Challenge medal commemorating your achievement”.  The eligible races can be found at here. I completed the 2014 Walt Disney World Half Marathon and 2014 Glass Slipper Challenge.

I was very nervous about this race due to it being a new course for me.  I also did not train like I should have which added to the nervousness.  I lacked the motivation to train as well as work getting in the way.  I vowed if I got through the Disneyland Half, I would train to set a PR for the 2015 Walt Disney World Half Marathon in January.

I arrived in Anaheim on August 29th, checked in to the Hilton Anaheim, and went to the expo being held at the Disneyland Hotel. 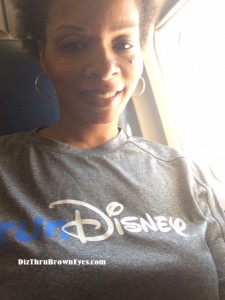 I overheard several people talk about how much better the expo was as far as crowd control and organization.  After I obtained my bib and wristband, I walked around the expo a little and then strolled around Downtown Disney. 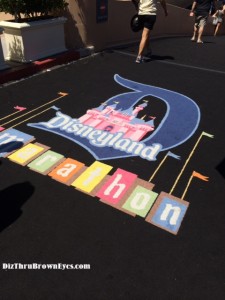 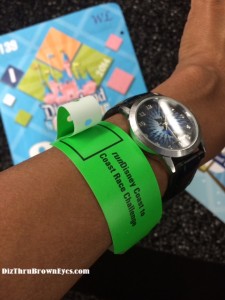 This was my fourth time being at Disneyland. My last visit was in 2013 for the D23 Expo.

On the 30th, Sara and I went to Disneyland and had some pre-race fun. 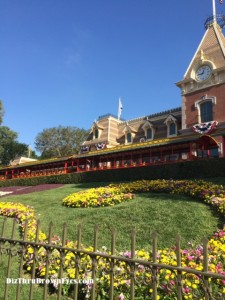 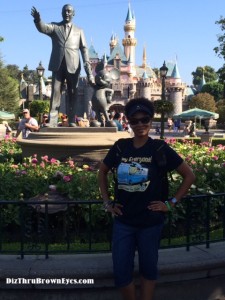 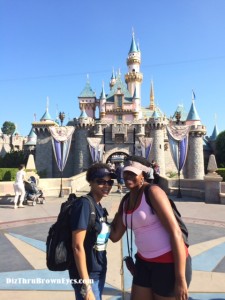 I had the pleasure of meeting Michelle and she hung out us for a while. 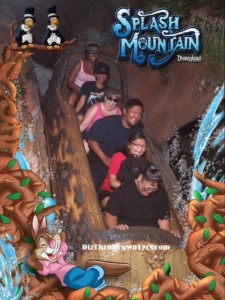 My pre-race routine is to lay out my race gear to be ready for race morning. 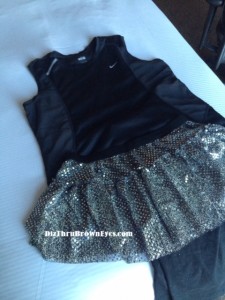 I was in the bed by 8pm.  However, I kept waking up because I feared my phone alarm not going off.  Around 2:30am, the alarm went off and I got dressed.  Sara and I used Anaheim Resort Transit (ART) due to it being free for the race weekend.  We were dropped off near the entrances of Disneyland and Disney California Adventure.  I wish the walk to the corals were included in the 13.1 miles I had to complete.  I said good-bye to Sara, who was in Corral H. Shaene and Jim were also in Corral H.  I was in Corral I.  I was trying to come up with something clever for “I” like “Imagination”, “Imagine Yourself Winning”, and “Iago”. At some point it turned to “whose Idea was this”.

Who else besides me hates waiting for the race to start?  About 30 minutes after the first wave had left, it was time for Corral I to be turned loose.  I am not one to stop to post with characters.  However, due to this being my first Disneyland Half Marathon, I did stop to take pictures. 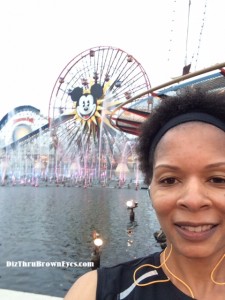 Because Disneyland is small, the race course did go through the city of Anaheim.  This part of course included hills and a dirt road. At one point I wanted to scream and yell “I am over this” but I kept pushing through.  I was receiving texts, messages on Facebook, and direct messages telling me how well I was doing and to keep up the good work.  I could not respond to everyone while on the course due to my phone going dead.

Running through Angel Stadium was very exciting with a crowd chEARing us on.  I felt a boost and started moving a little faster. 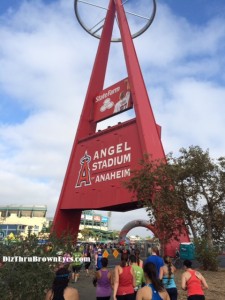 Before I knew it, I could see the Finish Line.  I felt good getting the Disneyland Half Marathon medal around my neck and then walking to get my Coast to Coast medal. 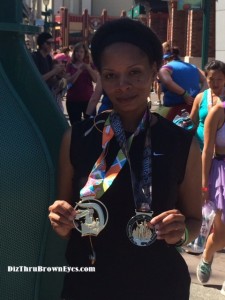 I flew across country to obtain these two medals and I did not die in the process.  My legs were not killing me and I felt good.

So what do you do after you completed 13.1 miles? You eat all you can and enjoy the parks with your medals around your neck!!! 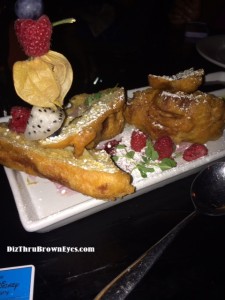