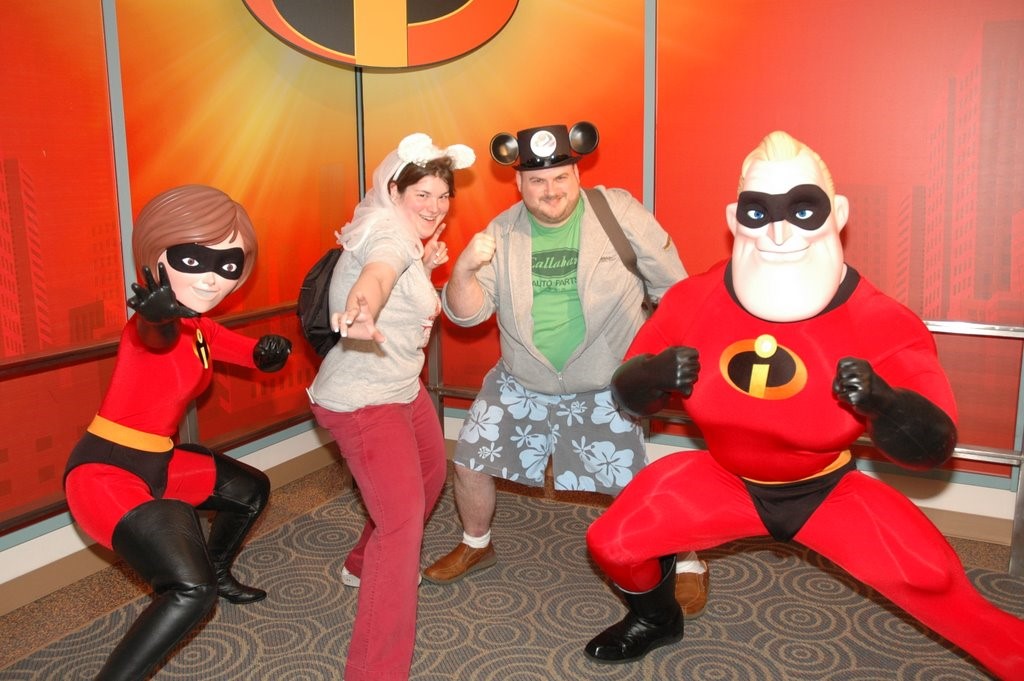 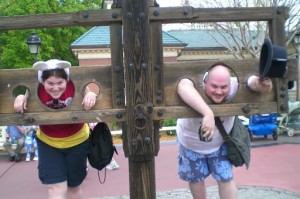 While other brides planned Parisian promenades or Caribbean cocktails, I had my sights set on touring the whole world for our honeymoon. Walt Disney World, that is! I couldn’t imagine a better place to begin our happily ever after, though my then fiancé was a bit skeptical at first. I wouldn’t say he found the idea completely ridiculous, but he held the common notion that WDW exists more for families with squalling kiddos than for lovey-dovey newlyweds. For me, coming from a childhood steeped in Disney fairytales, a Walt Disney World honeymoon with my Prince Charming was a chance to share some once in a lifetime magic—and about as romantic as it gets! He gave the go-ahead, and I spent just as much time planning our trip down Main Street U.S.A. as I did our trip down the aisle. (Disney planning is far less stressful than wedding planning, by the way.) 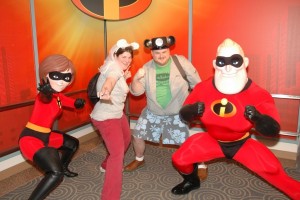 Though I’ve never hidden my love of all things Mickey, I think my husband was truly surprised by just how many Disney-themed t-shirts I tossed into our rapidly filling suitcase. Once we arrived, I kept trying to gauge his reaction to both our surroundings and seeing the Neverland “never grow up” side of me. Meeting characters was pretty far outside his comfort zone, as were the silly photos I dragged him into, but he played along and we had a great time. I even convinced him to attend the Magic Kingdom’s Pirate and Princess Party by the end of our first day! That being said, being a grown up at the Parks has its privileges, such as the complimentary champagne and strawberries served to us at The Hollywood Brown Derby. Those “Just Married!” buttons are pure magic! Experiencing attractions together, not worrying about staying up past our bedtime, and holding hands beneath the Wishes fireworks are some of my fondest memories from our honeymoon. 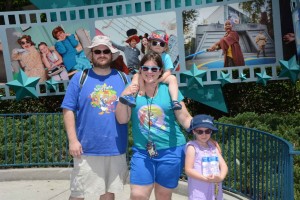 These days, my husband’s Disney knowledge rivals mine, a fact which I attribute to our magical honeymoon and not the company’s acquisition of Star Wars. Now we experience the Parks the way most people envision: with strollers, rider switch passes, and more trips to the bathroom than you can count. It’s definitely different, which makes me even more thankful that we experienced it as a couple beforehand. Though we’ve traded the Rockin’ Rollercoaster for it’s a small world—and champagne for Mickey bars—it’s always a magical time at Walt Disney World.

And we can still hold hands during the fireworks, even if the kids think it’s gross.