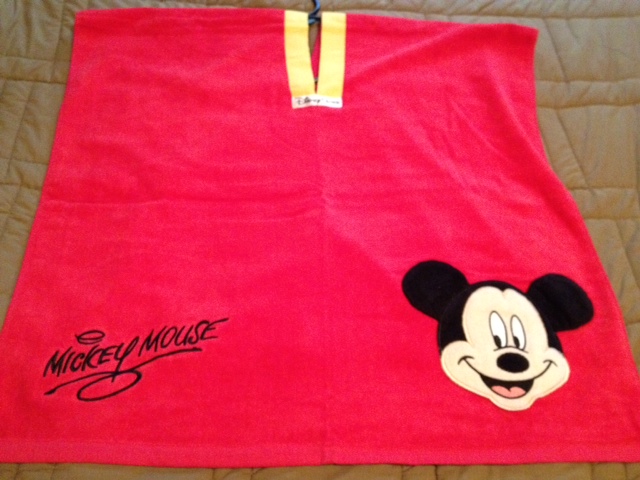 Today’s Fabulous Find is the Show No Towel for Disney Parks.  I was made aware of this item by cruising DisneyStore.com and from a friend, Raquel (@DMochaTraveler).  The towel can be used as a cover-up or a changing towel.  Shelly Ehler, presented her creation on Shark Tank Season 3. For the Disney Parks, the following Show No Towel was created. 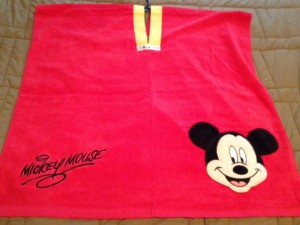 It was sold on DisneyStore.com for a limited time and at Walt Disney World. I was informed by Shelly the towels sold out online and at the parks.  At the present time, she does not know when they will be back in stock.  When I find out, I will be sure to pass the word of when and where they are available.

I purchased the Mickey Mouse version for my nephew.  I knew it would be too big for him, but wanted him to have one.  There is also a Minnie Mouse version for girls.  The quality is good and I love the face of Mickey Mouse on the front that is also a pocket.  My nephew is at the beach as we speak and I will tweet out pictures of him with his Show No towel.  So make sure you are following me at @DizThruBrwnEyes.

I had the opportunity to chat with Shelly (more information on her story here ) via email and direct messaging about her product.  She was very nice and answered all of my questions.  There are several styles at the official website .  For more information on Show No Towel, follow them on Facebook and Twitter.