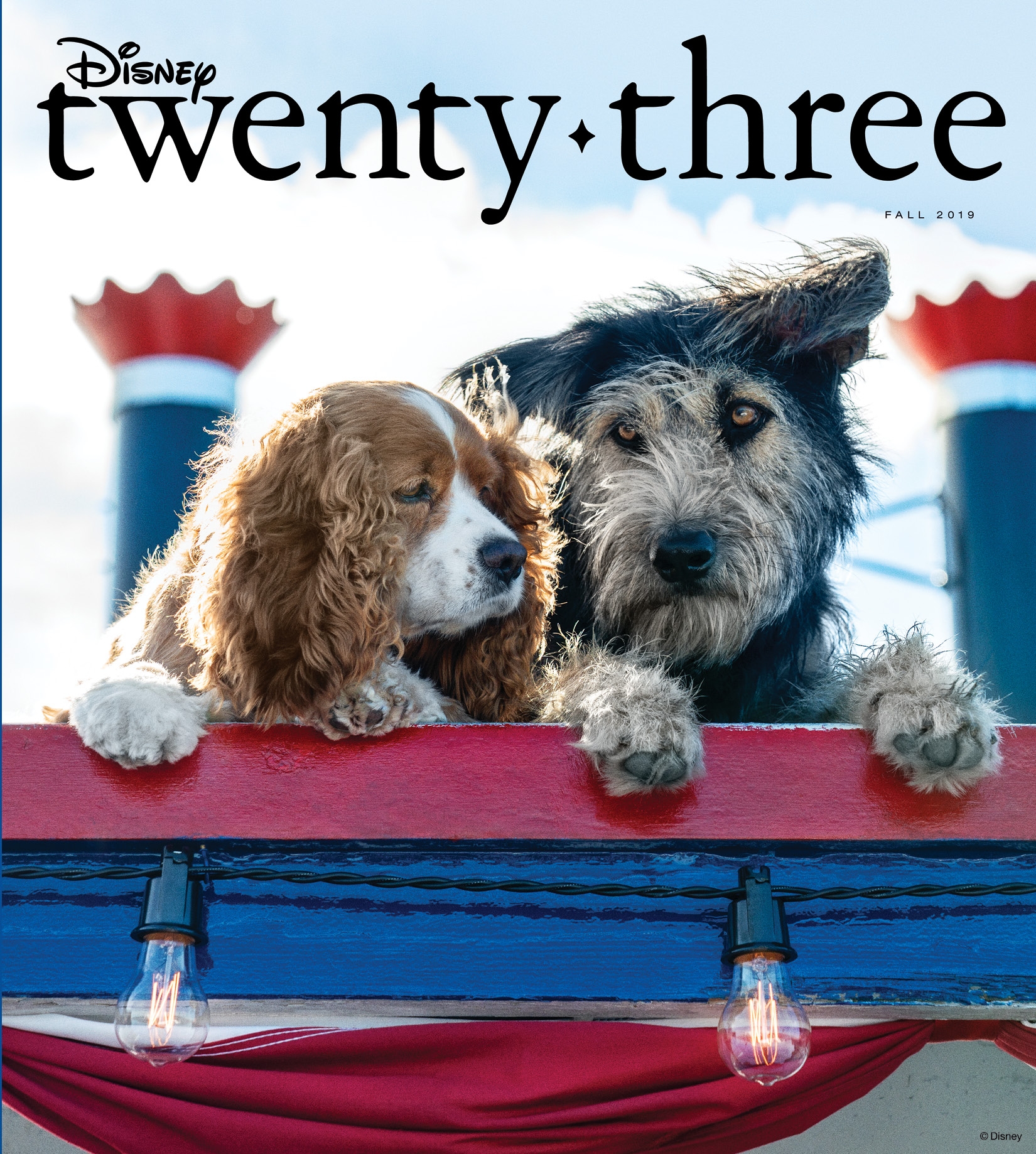 Below is the official press release:

BURBANK, Calif. – August 13, 2019 – This fall, Disney+ launches with a specular slate of original programming, and to celebrate, D23 is giving fans a sneak peek at some of the streaming service’s most highly anticipated programming, including the live-action adaptation of Lady and the Tramp. The film’s stars, voiced by Tessa Thompson and Justin Theroux, chatted exclusively with Disney twenty-three about bringing this beloved story to life—complete with a canine cast of rescue dogs who found “forever homes” when production ended.

Also coming to Disney+ when it launches November 12 is The Mandalorian, the first-ever live-action Star Wars series, which will introduce a new caravan of characters in this story set after the fall of the Empire and before the emergence of the First Order. Writer and executive producer Jon Favreau and members of the cast sat down to talk about the thrilling new show. Plus, the energetic cast and creator of High School Musical: The Musical: The Series took a break from filming to talk about their meta, magical new show.

Rounding out this exclusive look at Disney+, film historian Leonard Maltin selects some of his favorite movies that are coming out of the vault when the service launches, and television reporter Craig Tomashoff takes a look at some of the must-see TV making its way to Disney+, including the original DuckTales, That’s So Raven, and Star Wars Rebels.

And the 12 luminaries who are being celebrated as Disney Legends at D23 Expo, including Christina Aguilera, Robert Downey Jr., Bette Midler, and Ming-Na Wen, sat down exclusively with Disney twenty-three to talk about what the honor means to them.

Also included in the Fall issue of Disney twenty-three: • Michelle Pfeiffer reveals secrets about her character—and working alongside Angelina Jolie— in this fall’s Maleficent: Mistress of Evil • A look inside the August 1962 issue of National Geographic, which featured dozens of pages showcasing The Walt Disney Studios and Disneyland • Stars of Modern Family recall their favorite Disney moments • A peek inside the new book The Art of Disney Costuming: Heroes, Villains, and Spaces Between, inspired by the Walt Disney Archives exhibit at D23 Expo 2019 • From the Desk Of: Walt Disney Archives Director Becky Cline • Regular features including By the Numbers, Character Analysis, D Society, and Ask Dave

Disney twenty-three, which is delivered directly to fans’ doorsteps, is offered exclusively to D23 Gold and Gold Family Members as a benefit of their membership. The latest issue will begin arriving in late August.

About D23:
The name “D23” pays homage to the exciting journey that began in 1923 when Walt Disney opened his first studio in Hollywood. D23 is the first official club for fans in Disney’s 90-plus-year history. It gives its members a greater connection to the entire world of Disney by placing them in the middle of the magic through its quarterly publication, Disney twenty-three; a rich website at D23.com with members-only content; member-exclusive discounts; and special events for D23 Members throughout the year.