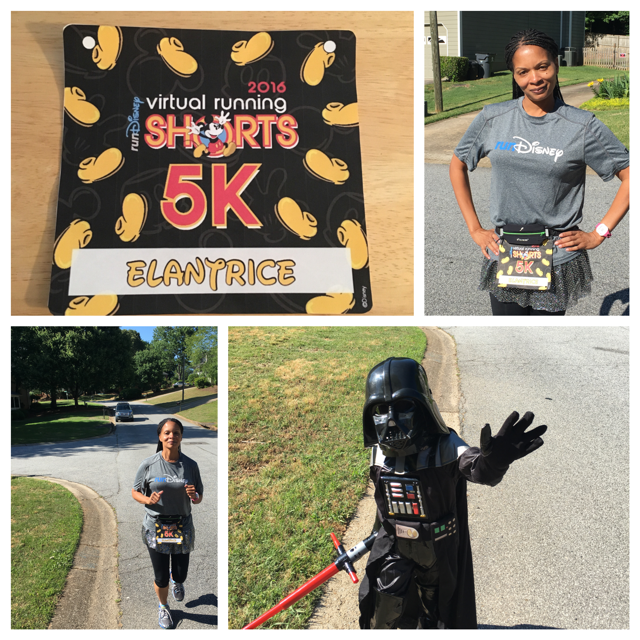 I admit to being a runDisney addict. I did my first runDisney race in 2007, which was the Walt Disney World Half Marathon. I completed my first full marathon this year at Disney World, which was an experience in itself.  Now I will be participating my first virtual run conducted by runDisney.

When the runDisney Virtual Running Shorts series was announced, I was interested. However, I had just registered for the 2017 Walt Disney World Half Marathon. Each of the three races are $39 and the challenge (the three medals plus a challenge medal was $142). Let me take a second to address the medal. I am one for race bling. When I saw the picture of the medal being offered, I knew my medal rack needed this new addition.

So, do I allow runDisney to have access to my bank account…again? Well of course, it is runDisney! However, I just decided to do the first race due to how my bank account was set up.

The first race in the three race series is called Yellow Shoes.   The completion timeframe is May 15 – June 1, 2016. runDisney does not require proof of completion for the races. The medal would be mailed about thirty days after June 1st.  A digital race bib was posted on Virtual Running Shorts Experience Facebook page. I was able to add my name using an App suggested by others. 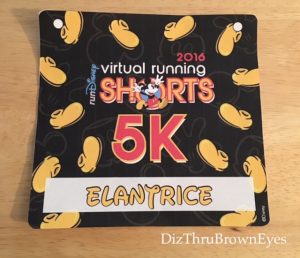 Since I am a runDisney addict, why not treat this race like the others held on Disney property.   The customary #FlatElantrice picture was taken. 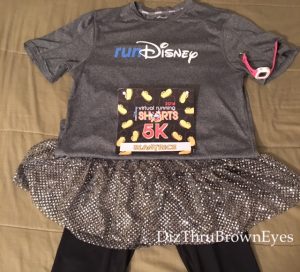 The course I chose was a good one because there was one character stop and a volunteer.

Darth Vader made an appearance!! 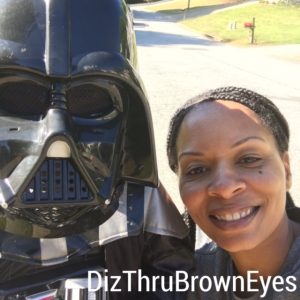 Darth Vader agreed to a selfie! 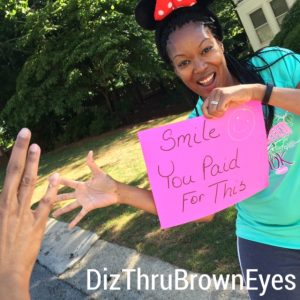 Thanks for the motivation!!

I felt very special for the force and the support. 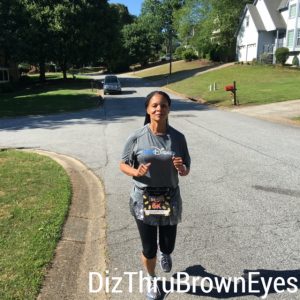 This virtual running series does give those who are unable to participate in a runDisney race on Disney property the opportunity to do one at home in their own time. This is also a good way to motive one to train (me) for future races or to inspire someone to start running. You can still register for the Yellow Shoes race until May 31st. The second race in the series is called Red Pants and the third one, White Glove. 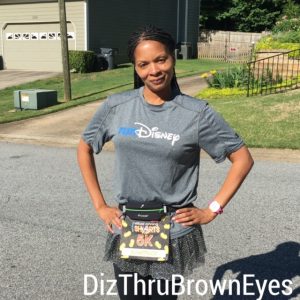 If you are participating, leave in the comments which race or races you are doing.  Happy Running!!