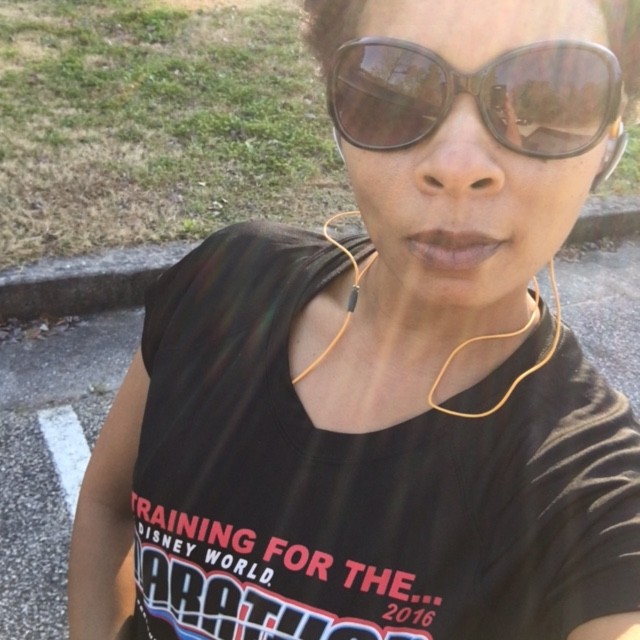 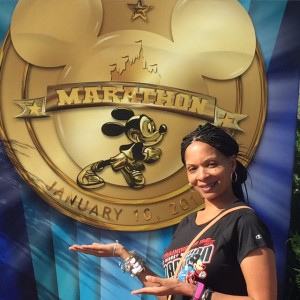 Last April I registered for the 2016 Walt Disney World Marathon and it was on purpose. I did not accidentally check the wrong box as one friend questioned me about. She even suggested I call runDisney to tell them I registered for the wrong race. Now it was time to train for these 26.2 magical miles. I followed the runDisney Marathon Training Plan. However, I was not as consistent in doing so and blamed it on the weather and life some days.  I am not good at doing structured intervals. I modified the plan by running and walking to music. I attempted to use my Garmin to signal intervals, but I guess my music was a little loud for me to hear the beeps or it could have been my singing. 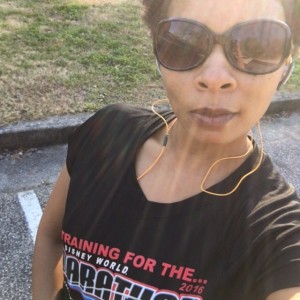 Lets fast forward to the early morning hours of January 10, 2016. I got up around 2:30am because I did not want to rush eating and getting dressed. I ensured my running outfit and fuel belt were ready the day before to prevent any scrambling on my part. 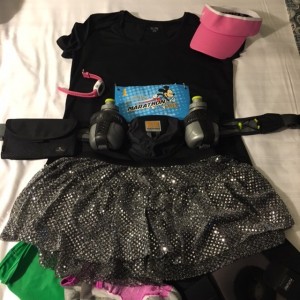 Flat Elantrice is ready for 26.2

I am a planner and the last minute running around would not help my nerves. I had a cup of coffee, bagel with peanut better, and a Clif bar before heading to the bus. My besties/roommates were asleep and I would see them at the end of the race.

Once in the corral, I sat on the ground in an attempt to rest my legs and to ease my mind. 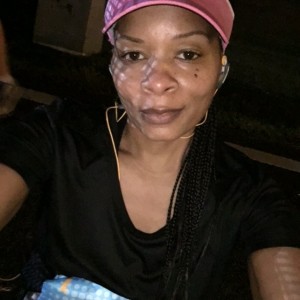 Waiting on Corral L to start

I had so many people counting on me, wishing me well, and believing in my ability to complete this race. I did not want to let anyone down especially myself. It felt like an eternity for my corral to reach the start line. Once the fireworks went off, it was a go and I wanted to run back screaming “who let me do this?!”

As most of you know it was humid that day. I am use to it being from Georgia. I started out slow because that is what I was told to do. I was not in any hurry to set a personal record. I just wanted to finish standing up and alive. As the miles progressed, I took the focus off my legs and concentrated on what was taking place in my mind. I would reach a mile maker and figure out how many more miles to go on my journey to the finish line. Well, I realized that was not working for me. I decided to be in “the mile” just like “being in the moment”. I took each mile as it came by putting one foot in front of the other, listening to the chEARs of spectators, and taking in the special touches of Disney on the race course.

Around mile 20 is when I hit a little wall. My feet were killing me and I let my support team know this. I was told to just keep going forward, keep moving, and I was doing great. I had slowed down more than expected. As I kept going, I realized my feet were hurting due to blisters forming on the balls of my feet and a toe. I adjusted how I was walking and kept it going. 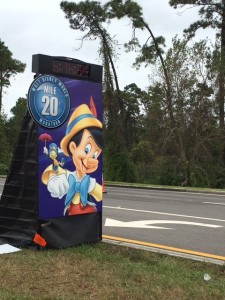 By the time I arrived outside of Disney’s Hollywood Studios, Cast Members informed us we were safe from being swept and on the home stretch. I kicked up the walking a little more because I was over the entire thing. Yes, I said over it. I wanted my medal and my bed. I saw several people I knew on the Boardwalk and in Epcot. I got hugs, claps, and chEARs.

I crossed the finish line with a time longer than what I expected. I did not dwell on that because I finished. I had completed my first marathon…..26.2 miles….at Walt Disney World. 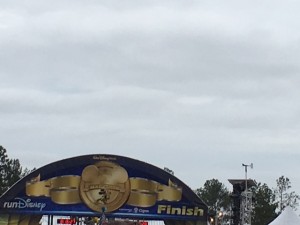 I learned that I had the ability, physically and mentally, to accomplish this goal. The saying of keep moving forward had a new meaning to me from that moment forward. Staying at the starting line would not have gotten me to the finish. I endured the heat, the blisters, and at times, my mind trying to prevent me from reaching my goal. I kept pushing along knowing I had a strong support system reaching out to me through texts and Facebook. Two great best friends even had Starbucks and a cake pop waiting for me when I crossed the finish line. 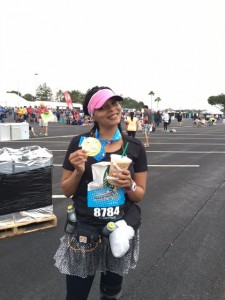 A medal and Starbucks!

It was a long day for me on January 10, 2016. A long day filled with 26.2 magical miles, prayers, entertainment, love, motivation, hugs, smiles, and praise.

I am a marathoner. 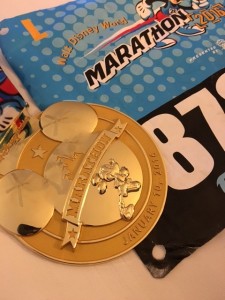