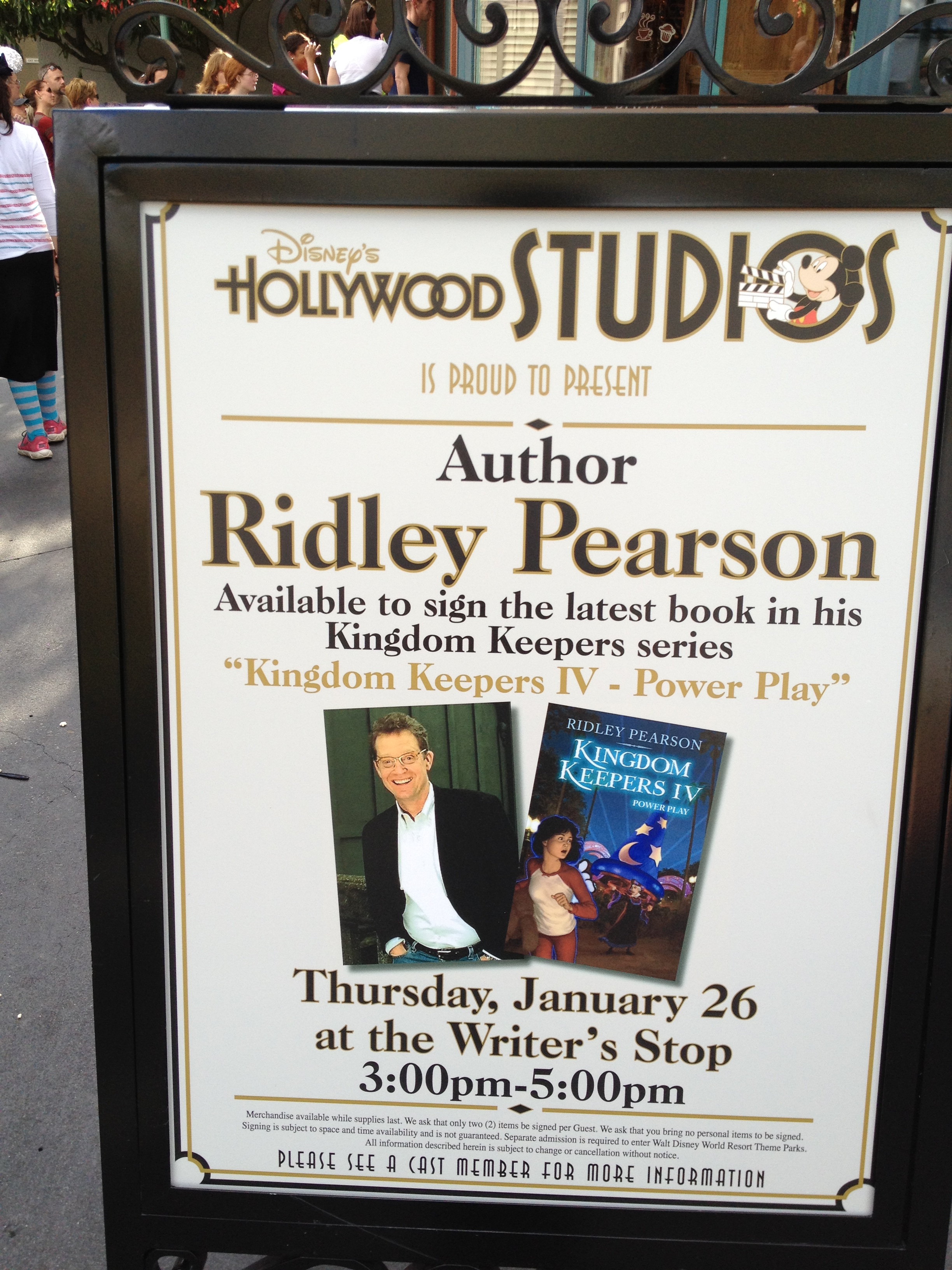 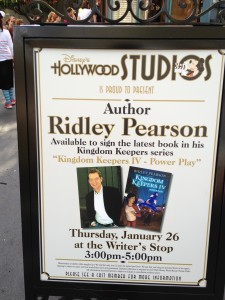 I had the opportunity to attend a book signing by Ridley Pearson, author of the Kingdom Keeper series.  The event took place at Disney’s Hollywood Studios on January 26th at the Writer’s Shop.  The event was very organized and the line moved quickly.  Mr. Pearson was very nice and ever commented that I had a unique first name.  I decided to have the first book, Kingdom Keepers-Disney After Dark signed.

I enjoy the series and recommend it to Disney fans that are always on the search for a Disney-fix when away from the parks.  The series consists of four books and the fifth one is rumored to be released early at an event in March of this year.  The titles are as follows:

I hope to be able to attend the March book signing event to meet Mr. Pearson again and purchase the fifth book. 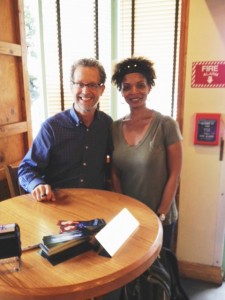 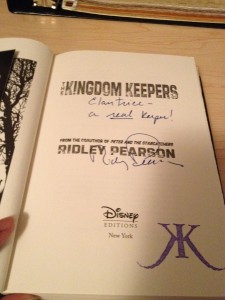