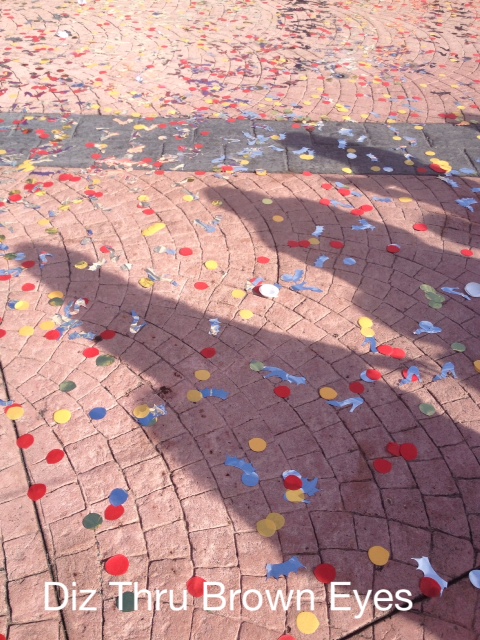 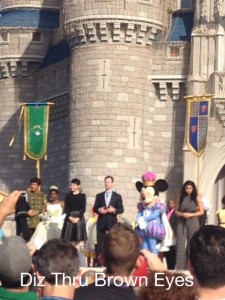 On 12/6/12, New Fantasyland had its official grand opening ceremony. I had the pleasure of being in front of the castle for the ceremony.  I was so excited to see Ginnifer Goodwin from Once Upon A Time and hear Jordin Sparks, an American Idol winner, sing several Disney songs.  Tom Staggs, Walt Disney Parks & Resorts Chairman, welcomed guests to the new area of Magic Kingdom and the Disney confetti rained on us. 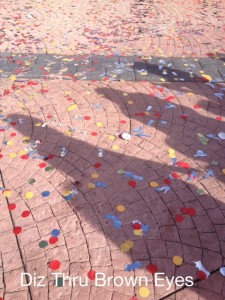 Even though all eyes were on New Fantasyland, another important event was taking place as well…the release of the New Fantasyland merchandise!! A preview of the merchandise was seen on the Disney Parks blog before the grand opening.  I made my list of pins and an event t-shirt.  I did like how a list of shops of where merchandise would be sold was given as well as what merchandise would be sold where. Due to me staying on property, I was able to participate in the Morning Magic Hours and entered the park at 8am.  Once I entered Magic Kingdom, I went to the Emporium shop.  Here there were event t-shirts, Cover Your Ears Ear Hat covers. and D-Tech cell phone cases.  I was surprised there was no madness.  I was able to get my shirt with no issues and had a quick checkout.  I found the shirts to still be available after 12/6. 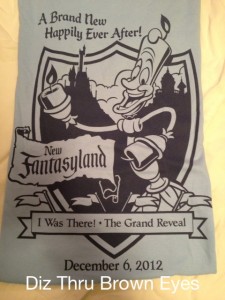 As with these events, there were commemorative pins.  This event was no different.  However, the pins and other items were being released at Disney’s Coronado Springs Resort.  The items would be sold between 5pm-9pm with the line forming no earlier than 4pm.  I arrived around 3:30pm and there were  two lines, once outside of the convention center and the one inside by The Pepper Market.  The line outside was the “unofficial” line and I moved into that one.  Close to 4pm, we were allowed to line up outside of the assigned convention hall.  A checklist was given that listed all the items available, edition size, prices, limits, and a column for your to list how many of an item you wanted.  The selling of items began before 4:30pm.  I waited in line for over an hour.  Tables were also set up for those who wanted to trade pins and Vinylmations. 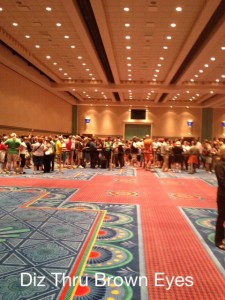 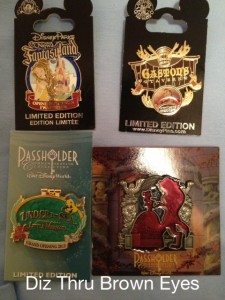 Overall, my experience was a positive one.  I knew there would be lines and was prepared for that.  The selling of items started before 5pm which gave me more time to get to another event.   Most of all, fellow collectors I was in line with were nice and courteous.