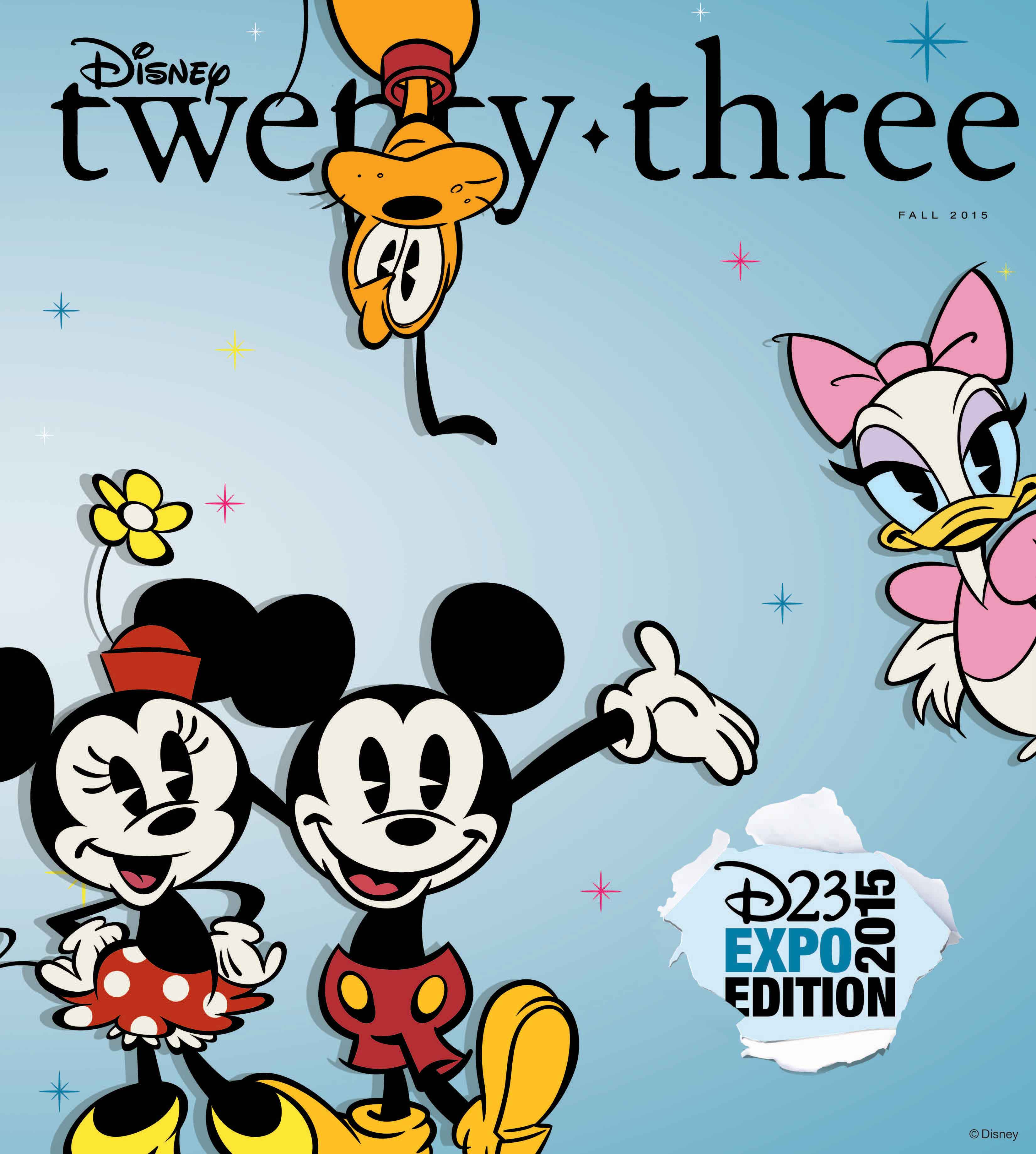 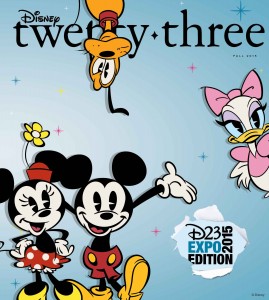 Here is information on the upcoming Fall issue of Disney twenty-three.

BURBANK, Calif. – AUGUST 10, 2015 – In celebration of D23 EXPO 2015, D23: The Official Disney Fan Club is devoting its Fall publication of Disney twenty-three to some of the remarkable things guests will get to see and experience at the biennial event. And as The Walt Disney Company readies for the opening of Shanghai Disney Resort, readers will get an in-depth look at the amazing new park set to open next year—including spectacular concept artwork and a look at some of the new attractions being built right now in China.

Also in the Fall issue, available exclusively to D23 Gold Members, two of the members of the original Toy Story team reflect back on the earliest stages of the beloved film, now celebrating its 20th anniversary, including an unexpected encounter the film’s art director, Ralph Eggleston, had with Disney Legend and Apple founder, Steve Jobs.

In addition, the talented artists at Marvel and creative minds at Walt Disney Imagineering teamed up to create what is now a wildly successful line of new comic books based on theme park favorites—Disney Kingdoms. Disney twenty-three looks at the three current titles—Figment, Big Thunder Mountain, and Seekers of the Weird—and gives readers a peek at what’s to come.

Also included in the Fall issue of Disney twenty-three:

D23 Members are invited to visit D23.com for up-to-the-minute breaking news from D23 EXPO 2015, and recaps of some of the biggest, most exciting presentations at the event.

Disney twenty-three, which is delivered directly to fans’ doorsteps, is offered exclusively to D23 Gold and Gold Family Members as a benefit of their membership. The latest issue will begin arriving in mid-August.