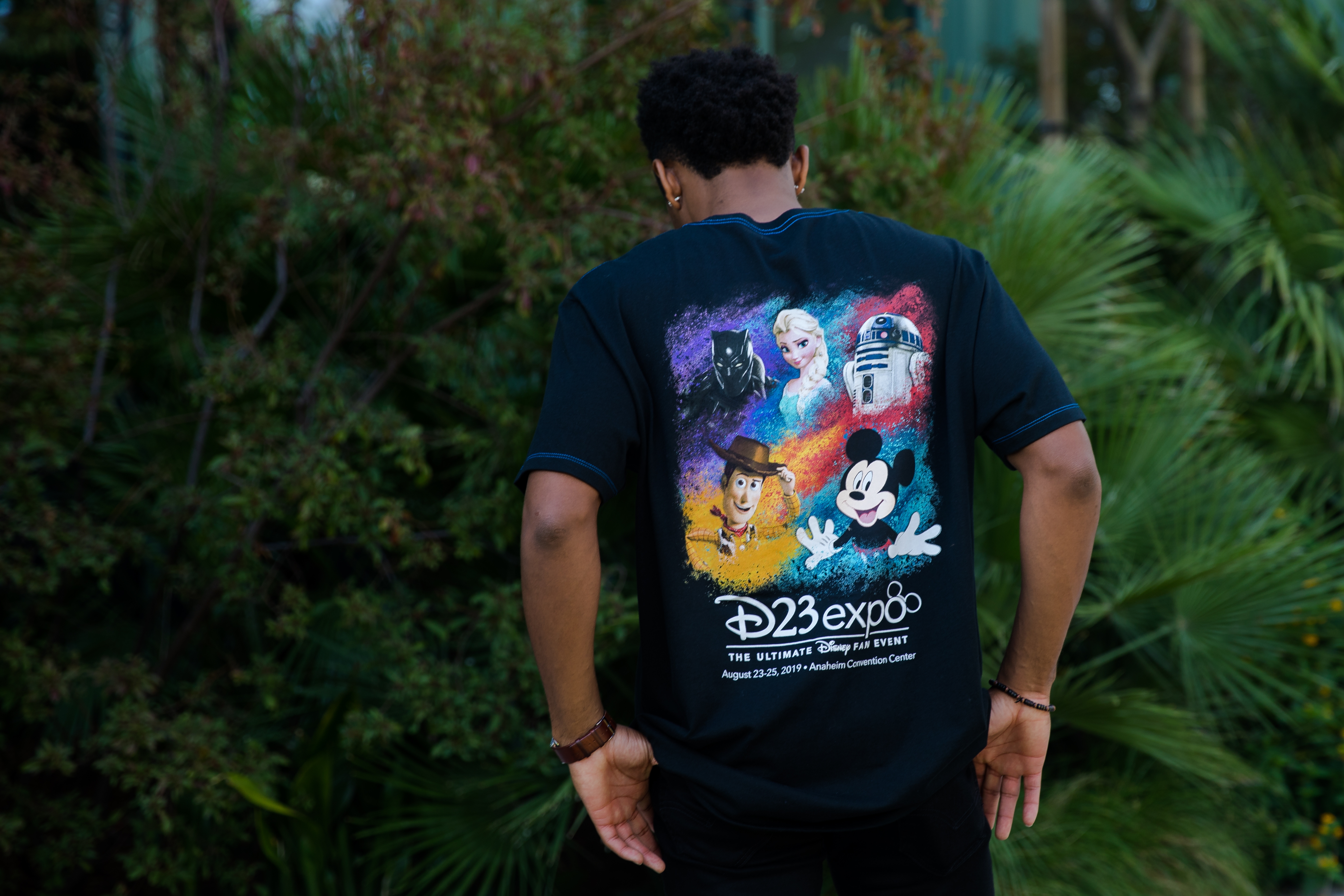 Take a look at what is to come per a press release from D23.

GLENDALE, Calif., June 13, 2019 – Disney today revealed a sneak peek at some of the new collections and limited-edition sets attendees can get their hands on during D23 Expo 2019 at the Anaheim Convention Center from Aug 23–25. During the show, fans can scoop up never-before-seen collections across the three Disney-operated retail shops on the Expo floor: shopDisney.com | Disney store, The Dream Store, and Mickey’s of Glendale.

ShopDisney.com /Disney store – Home to the widest assortment of Disney merchandise for everyone in the family, D23 Expo 2019 merchandise will give fans a wide variety of specially curated collections and limited-edition (LE) series with a behind-the-scenes twist. Honoring some of Disney’s biggest legacies, here is a snapshot of what fans will see:

Disney Designer Collection: Midnight Masquerade Series – The fan-favorite series returns with a new twist and features doll sets of Tiana and Naveen, Giselle and Edward, and Aurora and Phillip. Rapunzel, Belle, Meg, Cinderella, and Esmeralda will also be included. In addition to dolls, fans can pick up pin sets, stationery, mug and plate sets, and more

Legacy Collection – This LE collection will celebrate anniversaries and milestones for some of the most beloved Disney characters and films including:

The Lion King 25th – Celebrate the wonder that is The Lion King with LE collectibles, plush, litho set, and more

Disney•Pixar Take home a LE “Talking Woody,” “Talking Jessie,” and “Talking Bullseye,” along with a LE plush set of Ellie and Carl in their “Adventure Book” and much more

Backstage Collection – Go “Backstage” for a behind-the-scenes look into Disney•Pixar, Marvel, Lucasfilm, and Walt Disney Animation Studios to celebrate the artistry, legends, and rich heritage of The Walt Disney Company.

Disney Backstage Collection Subscription Box – D23 Expo guests will be among the first to see and order the new Disney Backstage Collection subscription box, which celebrates the artistry of Disney through limited-release T-shirts, pins, and more, delivered to your doorstep—all in a custom-designed package.
Walt Disney Animation Studios “Under the Hat” – LE Wreck-It Ralph Shadow Box, mug, and sketchbook
Disney•Pixar “Under the Lamp” – Pixar campus hat, fleece, tiki crew mug, and more
Lucasfilm “Behind the Force” – All-new crew jacket and hat along with a LE “Java the Hutt” T-shirt, mug, and more
Marvel “Behind the Hero” – A LE Black Panther Shadow Box, hat, and more

The Dream Store – Jam-packed with D23 Expo 2019-themed official merchandise and other specialty items from Disney Theme Park Merchandise, The Dream Store returns with something magical for Disney fans of all ages. This year, guests will discover whimsical assortments inspired by the Dapper Dan’s, Main Street, U.S.A., and iconic Mickey balloons on a variety of items including apparel, art and collectibles, accessories, pins, and more! The Dream Store is a Disney enthusiast’s dream come true. Highlights include:

Attendees can also head to “Uptown Disney” for an interactive shopping and photo experience, featuring merchandise available through shopDisney.com. In this booth on the showroom floor, fans can shop, snap photos with friends, and discover hidden surprises around every corner and magic in every step. Featured product includes the “Black Leather Collection” from Disney store China along with Marvel’s Iron Man MK50 Robot by UBTech, “The Lion King” Mighty Roar Simba from furReal, The Little Mermaid apparel and accessories, Toy Story 4 apparel from Fifth Sun, new Star Wars items, Mickey Mouse LEGO® Ideas Steamboat Willie set and the relaunch of the Minnie Mouse Dose of Colors collection.

Single-day tickets for Friday and Sunday of D23 Expo 2019 are available for $89 for one-day adult admission and $69 for children 3–9. Gold Members of D23: The Official Disney Fan Club can purchase tickets for $77 for a one-day adult admission and $59 for children 3–9. Single-day Saturday tickets and three-day passes are sold out. For more information on tickets and D23 Expo 2019, visit D23Expo.com.

About D23
The name “D23” pays homage to the exciting journey that began in 1923 when Walt Disney opened his first studio in Hollywood. D23 is the first official club for fans in Disney’s 90-plus-year history. It gives its members a greater connection to the entire world of Disney by placing them in the middle of the magic through its quarterly publication, Disney twenty-three; a rich website at D23.com with members-only content; member-exclusive discounts; and special events for D23 Members throughout the year.