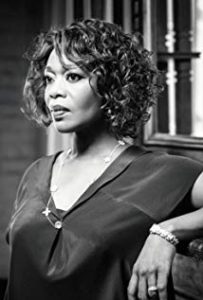 Ms. Woodard was born in Tulsa, Oklahoma. She can be described as an African-American film, stage, and television actress, political activist, and producer. She was the youngest of three children born to a homemaker mother and her father was an entrepreneur and interior designer. Her movie accomplishments earned her Golden Globe, Emmy, and Screen Actors Guild Awards. Ms. Woodard performed the following related Disney roles:
-Voiced Maisie in The Brave Little Toaster to the Rescue
-Voice Plio in Dinosaur
-Played Miriam Sharpe in Captain America: Civil War
-Played Mariah Dillard in Luke Cage
-Played Mrs. Whatsit in A Wrinkle in Time (2018)

Ms. Woodard will be voicing Sarabi in Disney’s 2019 version of The Lion King and I can not wait.