Disney’s D23 has announced several Disney Channel, Disney XD and Disney Junior stars that will make appearances at the D23 2013 Expo being held August 9th – 11th.  The official press release and schedule of appearances are below:

On FRIDAY, AUGUST 9, in celebration of “Phineas and Ferb: Mission Marvel,” a special-one hour telecast featuring an epic teaming of characters from two hugely popular Disney and Marvel franchises, fans can meet the stars and characters including Phineas, Ferb, Agent P, Spider-Man and Iron Man. The unforgettable special premieres this summer on Disney Channel.

On SUNDAY, AUGUST 11 in the Disney Channel booth, Disney Junior fans of all ages are invited to meet beloved characters from top-rated preschool series “Sofia the First,” “Doc McStuffins” and “Jake and the Never Land Pirates,” and enjoy a special sneak-peek screening of new Mickey Mouse cartoon shorts in Stage 28.

Popular radio personalities from Radio Disney, the 24-hour contemporary hits radio network and the only radio broadcaster for kids and families, will join in the fun every day, along with the Radio Disney Road Crew, for interactive entertainment, fun prizes and the hottest music from kids’ favorite artists.

Following is the schedule of stars making special appearances and signing autographs in Disney Channels’ booth:

10:00-11:30 am “Phineas and Ferb” creators/executive producers and stars Dan Povenmire and Swampy Marsh, plus stars Vincent Martella and Alyson Stoner, with character appearances by Agent P, Phineas and Ferb 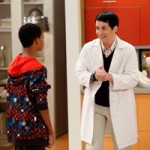 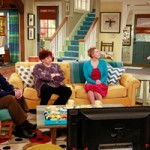 *Schedule is subject to change. 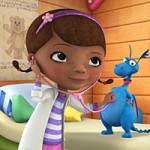 Visit  www.D23Expo.com to buy tickets before the prices go up on June 16.