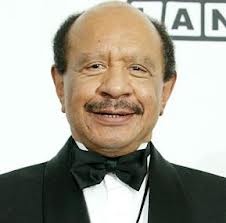 Sherman Hemsley was an African-American actor who just passed away July 24, 2012.  Mr. Hemsley’s most popular role was the wise cracking dry cleaning owner, George Jefferson.  He also starred in the television series Amen and Goode Behavior.  Mr. Hemsley was the voice of Bradley P. Richfield, Earl Sinclair’s large tyrannical boss in the television series Dinosaurs.  This information was new to me because the character that most stood out was Baby and his famous phrase “Not the mama”.