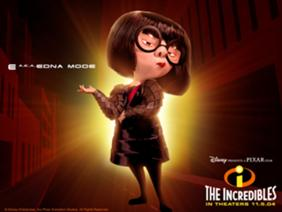 For those of you that like to arrive at the D23 Expos in costume this event is for you.  The following press released was issued today about an inaugural costume contest.  I can not wait to see the costumes!!  The press released is below.

BURBANK, Calif. – June 25, 2013 – Since the first D23 Expo in 2009, fans have shown their passion for Disney by dressing up as their favorite and most beloved Disney characters while attending the one-of-a-kind event at the Anaheim Convention Center. This year, D23: The Official Disney Fan Club celebrates that excitement and enthusiasm with the first À La Mode Costume Contest, which will take place Friday, August 9 at 2:30 p.m. in Stage 23.

Five collectible trophies—specially designed for the À La Mode Costume Contest—will be awarded to the most magical costumes in the following categories: Original Design (or inspired by…), Re-creation, Craftsmanship, Young Fan, and Best in Show.

The contest will be two (2) hours in length, and, therefore, the number of entrants is limited. Guests interested in participating MUST complete an entry from, available now at D23Expo.com Closing date for entry is July 21. Not all applications for entry will be accepted. Applications will be evaluated on the merits of quality and quantity and selected at the producers’ discretion.