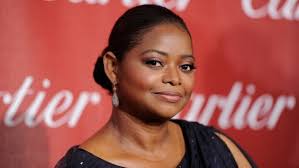 Ms. Spencer is an actress who is known for her role in The Help as Minny. She was awarded a Golden Globe Award, a BAFTA, a Screen Actors Guild Award, and an Academy Award for Best Supporting Actress. She played Dr. Evileene in Wizards of Waverly Place on the Disney Channel and will voice Mrs. Otterton in Zootopia.  Zootopia will be released in theaters on March 4, 2016.