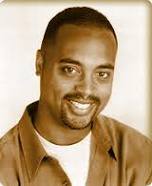 Bruce W. Smith is known as a character animator, television producer, and film director.  However, he is best known as the creator of Disney’s The Proud Family produced by his production company, Jambalaya Studios. Mr. Smith, born in 1961, started his career as an assistant animator for Garfield in the Rough.  He then went on to work on the Toon Town sequences in Who Framed Roger Rabbit.

– Home on the Range – Lead Animator on Pearl

– Winnie the Pooh – Supervising Animator on Piglet, Kanga, and Roo

I first heard about Mr. Smith’s work when learning he was the Supervising Animator on Dr. Facilier.  The Princess and the Frog is one of my favorite movies.  This role in the film made him the first African-American animator in Disney’s history to supervise an African-American character.