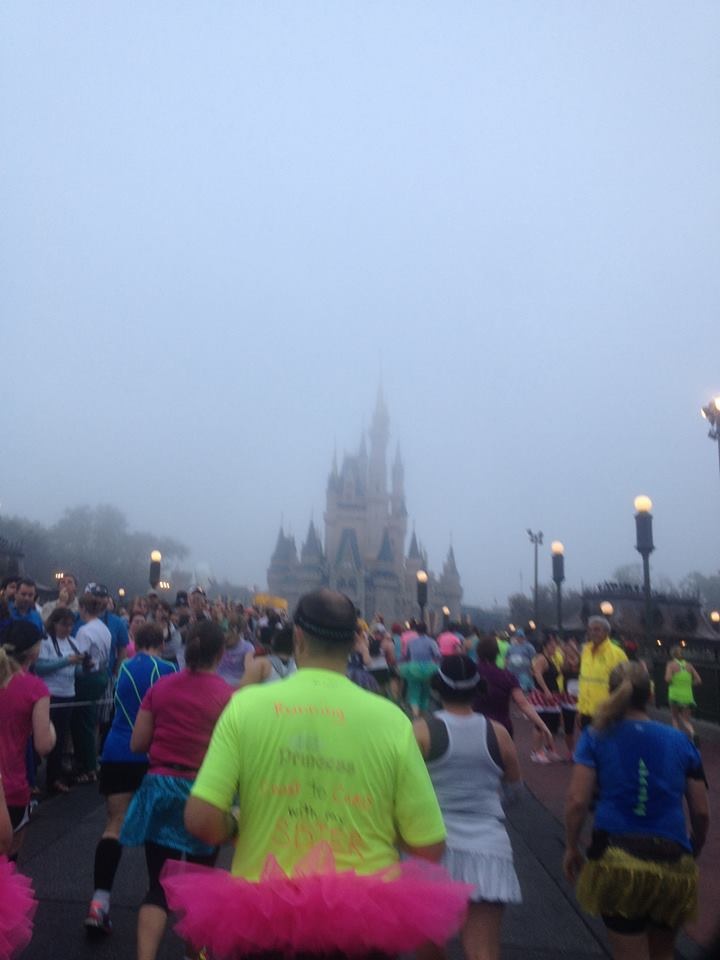 Every year my friend Monica has a NYE brunch. At some point during the brunch everyone is asked to tell their goals for the coming year. A few of the ladies at the party were triathletes. At this year’s party I said that I wanted to become a runner and do a race. They were excited that I was “joining the ranks” of running.

When January 2013 hit I bought running shoes and begin running with no real plan in mind. As the year wore on I continued training. I began searching for races in my area. I found one: the 2013 Relay for Life 5K Glow Run. As the race date neared my excitement grew. I called my brother to see if he wanted to run with me. I really wanted to run a race with my big brother, but he declined. Race night came. I donned my Nikes and ran my fastest 5K ever: 31:33 with a pace of 9:34 per mile. Albeit solo, I was excited that I had accomplished a goal.

Soon after that my brother calls me up. “Still want to run a race together?” He asked. “Of course!” I said. “It’s a half marathon. The Disney Princess Half,” he said. He signed us up. The 2014 Disney Princess Half Marathon. Looks like I couldn’t quite hang up my Nikes.

I continued with my training, taking it to the streets of the city instead of the trails in the park. “Didn’t I see you running down Berkeley Boulevard?” my coworkers ask. “Yup!” I proudly replied. My love for running grew.

As race day neared I grew nervous. A half marathon? What was I thinking?! Eek! Going from 3.1 to 13.1 miles? Clearly I’d been sniffing too much Elmer’s glue! (LOL!)

February 21 arrived. It was time to hit the road to Orlando. Despite the torrential rain we encountered in South Carolina, my mother and I conquered the 600+ mile drive. My mother, brother and I spent Saturday enjoying EPCOT. Bedtime arrived. Soon after 3:00am arrived. I can’t remember the last time I had to get up at 3:00am. My alarm for work doesn’t go off until 6:30am. I don’t get out of the bed until 7:00am. This was going to be a long day. 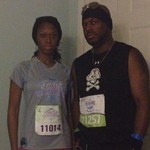 My brother and I took the shuttle to the starting area. Soon after we separated. I was in corral L. He was in E. I grew nervous. Tears welled in my throat. Though we were running the same race we wouldn’t be side by side. The race began. Fireworks shot into the air as each corral crossed the start line.  Soon L was at the start line. I was happy to see a familiar face in my corral: Elantrice. My friend Lisa was running as well, but she was in corral I. Fireworks exploded in the sky above us as we took off. I was pumped.

It was an exhilarating experience to be running with so many people. It was like a giant party. Disney does it like no other. Photo shoots and DJs along the race trail to keep you pumped. People dressed in full costumes. The course was crowed as we began, but thinned out as we approached the gates of the Magic Kingdom. I was still pumped up. I continued to run, but walked when I grew weary. My feet never stopped moving. I snapped pics along tie course and stopped at every beverage station. I think I had about 30 cups of Powerade and water! 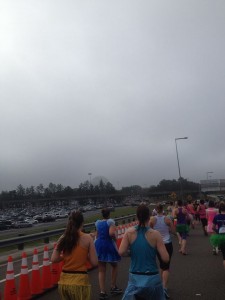 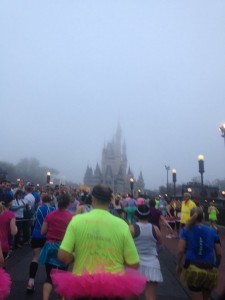 As I entered the last part of mile 13 my right foot began to cramp. I stopped to stretch my foot for a bit and continued running. My phone had been in airplane mode for a good portion of the race. I turned my signal back on and saw messages from my brother: “Keep going.” “You can do it.” “Proud of you.” “Keep pushing.” “Keep going.” I didn’t quit. I looked up. I saw the finish line in sight. I crossed it. I did it. I ran a half marathon. I was overjoyed when I saw my brother’s face at the finish line. 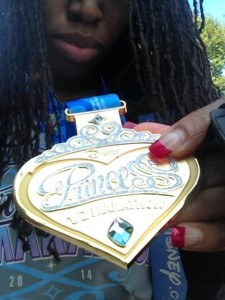 I have to say that running my first half marathon, my first Disney race, was an experience that I will never forget.

Mel C. is the Creator/Owner of  Eclectic Jewelry & More .