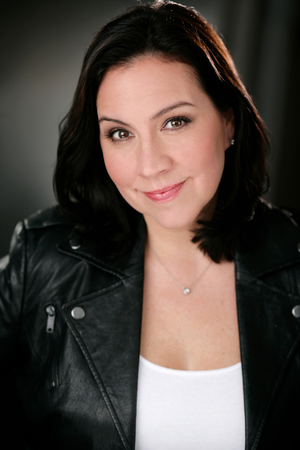 D23 Expo 2015 has announced something exciting for Frozen fans.  The official press release is below.

In what will be a thrilling and fun interactive experience for Disney fans of all ages, join host Chris Montan, president, Walt Disney Music, and the Oscar®-winning songwriting team of Kristen Anderson-Lopez and Robert Lopez as they take you on a once-in-a-lifetime musical journey through the world of Frozen. This one-day-only performance features your friends from the Walt Disney Animation Studios film––including Anna and Elsa––with sing-along experiences of your Frozen favorites such as “Let It Go,” “In Summer” and more. Plus, fans can expect special surprises and fascinating stories behind some of your favorite Frozen songs. 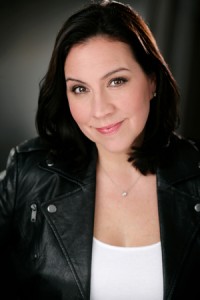 KRISTEN ANDERSON-LOPEZ, along with husband and collaborator Robert Lopez, wrote the songs for Disney’s Frozen. Anderson-Lopez and Lopez won an Oscar® and a Grammy® for the movie’s signature song “Let It Go,” and share a Grammy for the Frozen soundtrack. Their song “Moving Pictures,” sung by Neil Patrick Harris, opened the 2015 Academy Awards®. Anderson-Lopez and Lopez’s original musical “Up Here,” directed by two-time Tony® nominee Alex Timbers, will be featured in the La Jolla Playhouse’s 2015-16 season.

Anderson-Lopez made her off-Broadway debut at Primary Stages with In Transit, a musical performed entirely without accompaniment, inspired by the rhythms and sounds of life on the subway. The show earned her Drama Desk, Drama League, Outer Critics Circle and Lucile Lortel nominations. Together with her husband and collaborator Robert Lopez, she wrote the Annie Award-nominated songs for the 2011 feature film Winnie the Pooh, as well as Finding Nemo: The Musical. For young audiences, she was a staff writer for Nickelodeon’s The Wonder Pets and wrote book/lyrics for several of Theatreworks/USA’s stage adaptations of children’s classics. She is the recipient of the BMI Harrington Award and the Dramatists Guild Fellowship, and a frequent guest moderator of the prestigious BMI Lehman Engel Musical Theater Workshop. Anderson-Lopez is a graduate of Williams College and just received the bicentennial alumni award for distinguished achievement. Also an actress, Anderson-Lopez was featured as the voice of Kanga in Disney’s Winnie the Pooh. 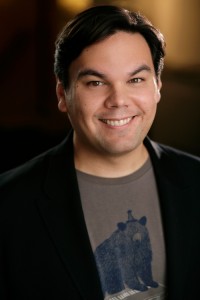 ROBERT LOPEZ, along with wife and collaborator Kristen Anderson-Lopez, wrote the songs for Disney’s Frozen. Lopez and Anderson-Lopez won an Oscar® and a Grammy® for the movie’s signature song “Let It Go,” and share a Grammy® for the Frozen soundtrack. Lopez is the three-time Tony® winning co-creator of the worldwide smash hit Broadway musicals Avenue Q and The Book of Mormon. Lopez and Anderson-Lopez’s original musical Up Here, directed by two-time Tony® nominee Alex Timbers, will be featured in the La Jolla Playhouse’s 2015–16 season. Their song “Moving Pictures,” sung by Neil Patrick Harris, opened the 2015 Academy Awards. Lopez shared two Emmy® Awards for his music for Nickelodeon’s The Wonder Pets and an Emmy® nomination for his work on the musical episode of Scrubs. His work has been featured on South Park, The Simpsons and Phineas and Ferb, as well as Bear in the Big Blue House, Third and Bird and Johnny and the Sprites. He has won Drama Desk, Outer Critics Circle, Drama League, Lucile Lortel, Frederick Loewe and Edward Kleban awards. Recently, Lopez, a graduate of Yale College, became the youngest of twelve people in history who have won Emmy®, Grammy®, Oscar®, and Tony® Awards (EGOT) and the only one to have accomplished it in under a decade.

CHRIS MONTAN currently serves as president of Walt Disney Music and oversees music for a wide variety of Disney projects including all Disney and Pixar animated feature films, all Disney Theatrical stage productions, as well as the music for Walt Disney Theme Parks and Resorts worldwide. Additionally, he is executive music producer for all of the Studio’s animated features and works closely in the story process as well as helping to select musical talent. Montan joined Disney in 1984. Under his guidance the Studio has garnered an unprecedented 42 Musical Academy Award® nominations, and soundtracks from ten of the Studio’s theatrical releases have been certified multi-platinum.