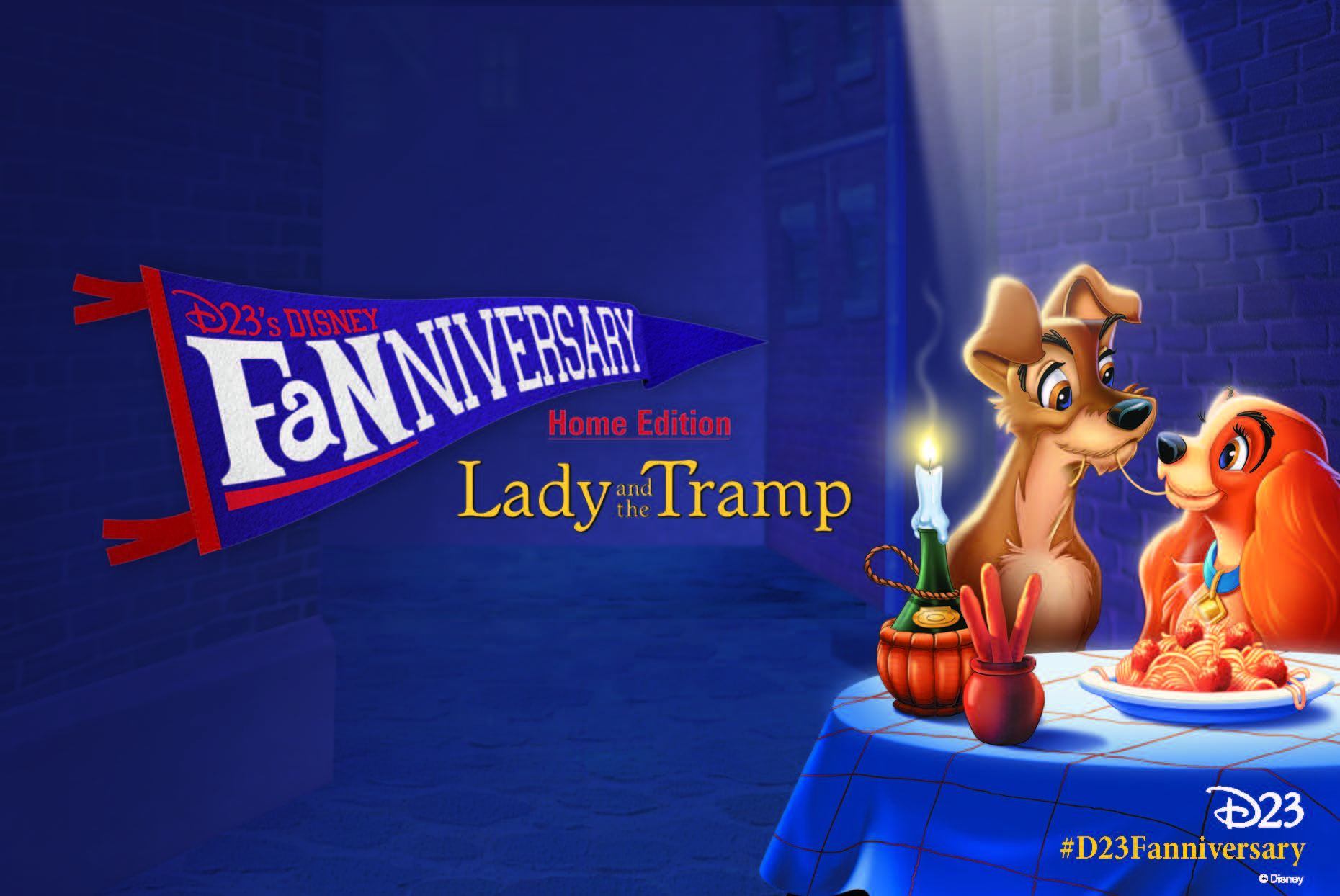 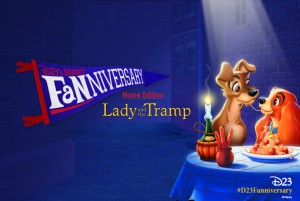 Read the about the first D23 Fanniversary Home Edition below:

BURBANK, Calif. – MAY 18, 2015 – D23: The Official Disney Fan Club is bringing its popular Fanniversary event into the homes of members and Disney fans around the world, with Fanniversary Home Edition. This year’s inaugural home event celebrates the 60th anniversary of Disney’s classic canine love story Lady and the Tramp. Fans can join the fun by visiting D23.com/D23Fanniversary.

Starting May 29, guests can begin preparing for the party by downloading invitations, decorations, crafts, games, and even a traditional spaghetti and meatballs recipe provided by the talented chefs of The Chew.

Then from June 12–14 it’s time to party! Throughout the weekend, D23 will unveil new and classic content on D23.com about the animated favorite, including:

Plus, fans are encouraged to join the conversation on D23’s social media using the hashtag #D23Fanniversary (follow “DisneyD23” on all platforms). One of the many downloadables will be a “selfie station” where fans can pose as the film’s canine couple enjoying a plate of pasta at Tony’s Restaurant, and then upload their shots on social media. Throughout the weekend, D23 also invites fans to post “Dogglegangers”—photos of their own pooches who look like the dynamic dogs from the film—and share stories of dogs they have adopted.

Fans are encouraged to watch the beloved film all weekend long. And for those who would like to watch as one big group, at 5 p.m. PDT on Saturday, June 13, D23 encourages fans around the world to hit “play” on their DVD, Blu-ray, or digital device to kick off the largest Lady and the Tramp viewing party ever. Follow on Twitter, as D23 will be live tweeting out fun facts, commentary, and questions for the audience.

Lady and the Tramp, which had its premiere on June 16, 1955, tells the story of Lady, a young cocker spaniel from a “respectable” home, who falls in love with Tramp, a mutt who lives in the railroad yards. The idea for the film came from a short story by Ward Greene entitled “Happy Dan, the Whistling Dog.” The film stars such voice talents as Barbara Luddy as Lady; Larry Roberts as Tramp; and Peggy Lee as Darling, the Siamese cats, and Peg, the show dog.