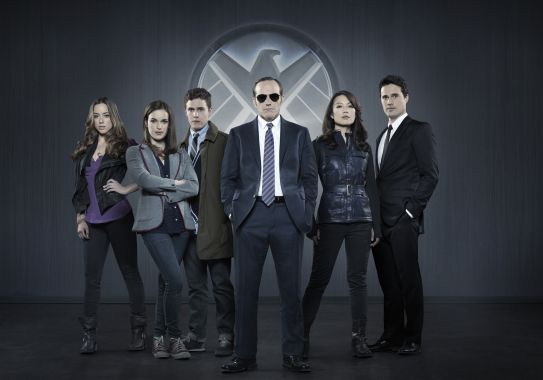 When I saw the official press release below, I did scream.

BURBANK, Calif. – August 6, 2013 – Guests at the D23 Expo will be among the first to see the highly anticipated one-hour drama Marvel’s Agents of S.H.I.E.L.D. on Sunday, August 11 at 3:00 p.m. in the D23 Expo Arena. Marvel’s Head of Television & Series executive producer Jeph Loeb will introduce the screening, taking place during the ultimate Disney fan event, August 9 – 11, at the Anaheim Convention Center .

The series begins where Marvel’s The Avengers left off. It’s just after the battle of New York , and now that the existence of Super Heroes and the incredible has become public knowledge, the world is trying to come to grips with this new reality. Agent Phil Coulson (Clark Gregg) is back in action and now has his eye on a mysterious group called The Rising Tide. In order to track this unseen, unknown enemy, he has assembled a small, highly select group of Agents from the worldwide law-enforcement organization known as S.H.I.E.L.D. (Strategic Homeland Intervention Enforcement and Logistics Division). The S.H.I.E.L.D. team has a mission: To investigate the new, the strange and the unknown around the globe, protecting the ordinary from the extraordinary.

Marvel’s Agents of S.H.I.E.L.D. premieres on ABC September 24 at 8:00 p.m., ET, but guests at the D23 Expo have the opportunity to see this dynamic show over a month before it debuts.