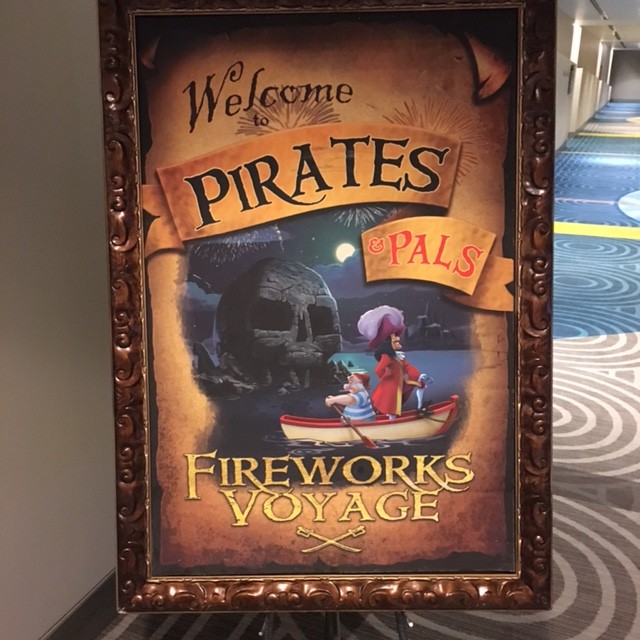 My sister and I decided that we wanted to experience at least one new thing on each Disney trip. For the February 2016 trip, it was doing the Pirates & Pals Fireworks Voyage. We attempted to sign up last year, but it was full. We took another chance, hoping that due to the time of the year, it would not be full for our trip. Luck was with us and we had a spot for February 18th.

We arrived at Walt Disney World the morning of the 18th. So, of course it was going to be a long day. We hit the 2016 Disney Princess Half Marathon Weekend Expo (sister and nephew were running), checked into our room at Disney’s Caribbean Beach Resort (in a pirate room no less), 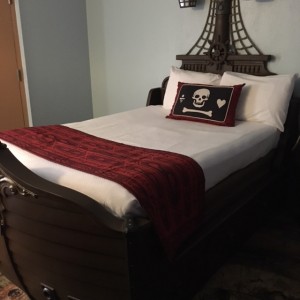 and then made our way over to Magic Kingdom with enough time to walk up Main Street USA and sit in the hub. 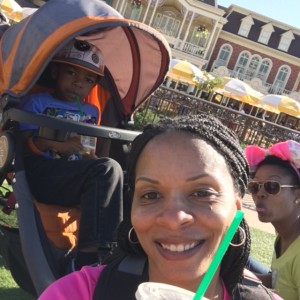 Due to the voyage having snacks, we knew we would need something to eat. We made an ADR (Advance Dining Reservation) for The Wave to have appetizers. 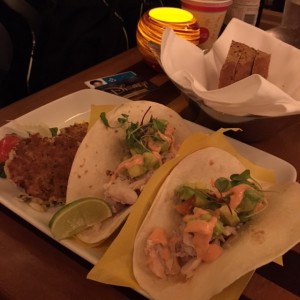 The voyage began at Disney’s Contemporary Resort. We checked in and were given pirate bandannas. Also each party was handed a piece of paper with the family’s name, boat name, and row number. This was used to assign each party a boat and row to sit in. 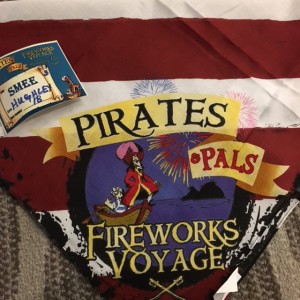 Two pirates made an appearance and allowed us to enter the room. 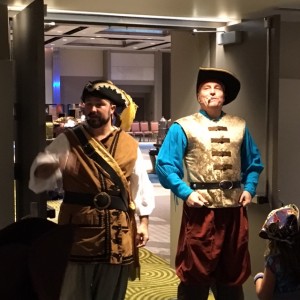 Welcoming the group was Captain Hook and Mr. Smee for pictures. There was a PhotoPass photographer on hand to capture the swashbuckling antics. 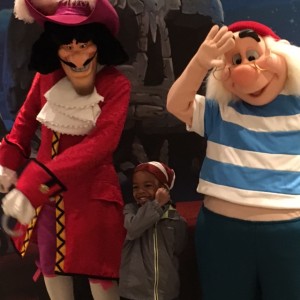 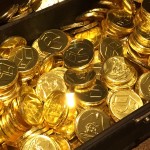 The room was large and open with chairs and tables scattered about. The snacks consisted of cotton candy, chips, salsa, cake, chocolate gold doubloons, popcorn, pretzels, and drinks. Oh, I almost forgot to mention the frozen treats consisting of Mickey ice cream sandwiches and fruit pops. After our fill of snacks and taking pictures with pirates, it was time to head to the boats. 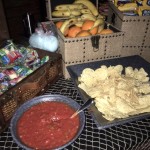 There were two boats with 20 rows each.   Both appeared to be full. For some reason, I thought we would be standing to see the fireworks. So to have a seat was wonderful.   Our pirate guide was very funny and entertaining. We got into position and had a great view of Wishes. 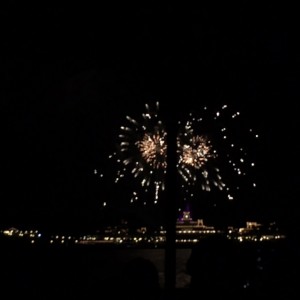 On our way back to the marina, we played trivia. My 4 year old nephew, who was just excited to raise his hand, attempted to answer a question. Of course he did not know, but our pirate guide helped him out. 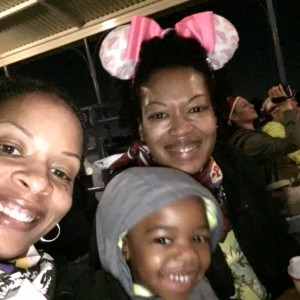 Once returning to shore, our boats were met with a special guest…Peter Pan. He flew in from Neverland, just to entertain us.    My nephew was extra tired and fighting sleep by jumping around. The wait for Peter Pan was long. Wonderful Cast Members entertained the tired children and adults to make the waiting speed along. Peter Pan did not rush the little ones in their interactions. It was fun to see him spin around my nephew and talk about not growing up. 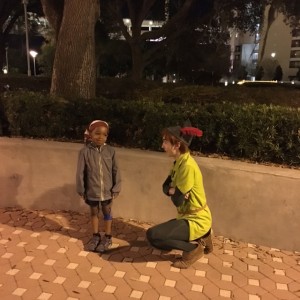 To sum up the experience, it was fun and entertaining. The price is a little steep ($41- child and $69 – adult) but this is Disney. It was nice to have a different view of Wishes along with snacks. What stood out most to me was my nephew’s face and excitement about being a pirate while watching fireworks on a boat.