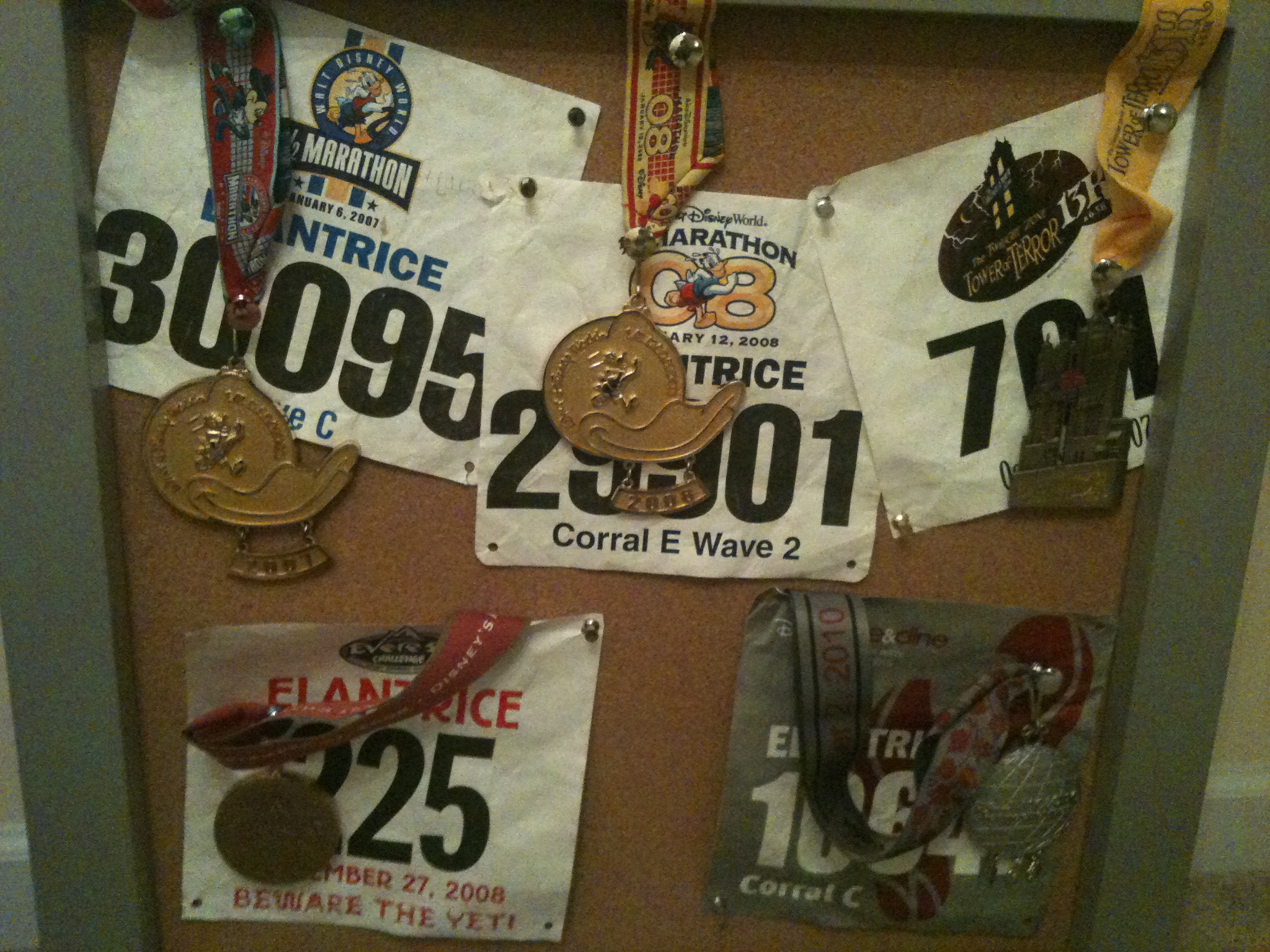 As I have gotten older, I have been paying more attention to my health.  I have never been an active person other than walking or participating in the marching band in high school.  Well in 2007, that changed.  I participated in my first Disney 1/2 Marathon or in Disney language “The Donald.”  I have never even thought about walking no less running 13.1 miles but what a wonderful way to start by doing it at Walt Disney World. I talked my sister, who had participated in the Peachtree Road Race in Atlanta, into tackling this journey with me.  I must say it was a great experience to walk/run through the Magic Kingdom and Epcot.  Ok, I will be honest; I did more running when I saw a photographer.  You cannot have too many action shots.  There was music provided by live DJs, choirs, and what appeared to be high school bands.  In the parks were characters waiting for you to stop and take pictures with them.  When I crossed the finish line, I was so happy I thought I was going to cry.  My parents were present to see my sister and I accomplish such a task.  I was also happy because my legs did not fail me on the course.  My legs did hurt like crazy later on in the day and the next day, but walking around with the medal around my neck was worth it.

I have participated in four Disney races since then: 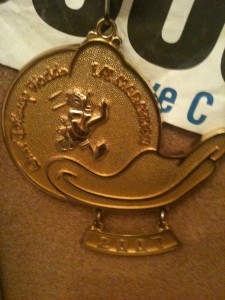 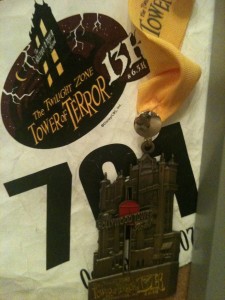 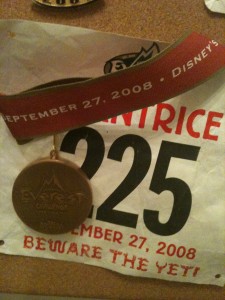 As I reported in an earlier post, I plan on participating in the 2012 Wine & Dine Half Marathon next fall.  I am also thinking about the  2012 Expedition Everest Challenge that will be held in May.  Registration has already opened for this race.  Follow this link   Registration

On December 21, runDisney announced The Twilight Tower of Terror 10-Miler weekend will be held September 28-28, 2012.  This race will be  a night race and will have an after race party until 3am.  I am really thinking about participating in this.  I am trying to talk my sister into registering for it.  Registration opens February 14, 2012. You can check here for updates and details Information     Due to this race being held late September, the 2012 Disney Wine  & Dine Half Marathon Weekend will be November 9-10, 2012.

When I tell people that I have participated in races and obtained medals, I will state I am not a top athlete or a sports enthusiast.  For me, participating in an event is fun and healthy because it forces me to work out and eat right.  I am always motivating others to participate.  The  name of the game is to have fun and just get out there on the course.  It is an experience doing the race alone or with a group.  I may not win, but I crossed the finish line.

Have you ever participated in a Disney Endurance Event? If so, which one and what motivated you to participate?