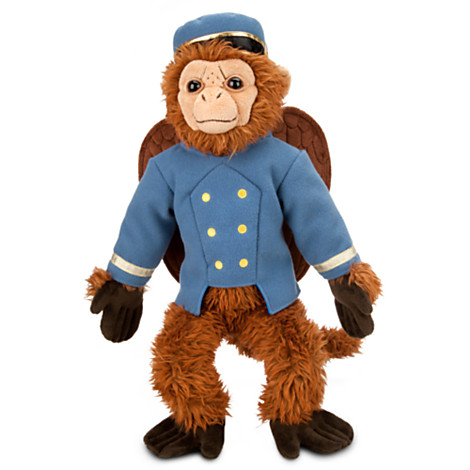 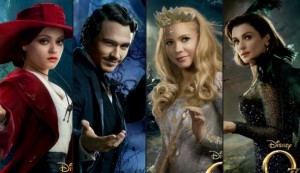 Oz The Great and Powerful made its way into theaters on 3/8/13 and has been one anticipated movie.  We grew up watching The Wizard of Oz and now here is another film that can take us deeper into the Land of Oz. I saw the movie with my fellow Disney Store Cast Members.  There is nothing like watching a Walt Disney Picture with a group of Disney-loving Cast Members.  The Regal cinemas at Mall of Georgia is usually packed on a Friday night.  However, I was surprised it was not bustling with people.  We chose to go to the 10:25pm showing in order for Cast Members closing to be able to attend.  I am not a night person and had been up since 3am.  So staying up was a struggle for me.  The theater was not full once we got settled in, but the showing before us looked to have more people.

The movie started off in black & white and that should not have been a surprise to me. I was introduced to Oscar Diggs (James Franco), somewhat playboy, small-time traveling circus magician, who was carried away to the land of Oz in a hot air balloon.  He encounters three witches Theodora (Mila Kunis), Evanora (Rachel Weisz) and Glinda (Michelle Williams). Oscar, who now is known as the Wizard, battles with himself in doing the right thing to save a land from the Wicked Witch.

The movie started off slow for me and I did find myself yawning. I am not sure if that was due to me being tired and no coffee to perk me up or just bored.  Once the land of Oz appeared, I “woke” up.  I loved the vibrant colors of Oz and the quirkiness  of its people.  How the Wicked Witch evolved held my attention because I wanted to know how she became who she was.  Lets just say a woman scorned can be deadly.  The China Girl (Joey King voice) was more than what I expected, she turned out to be fearless despite what she experienced.   Now Finley (Zach Braff voice) stole the show for me. I would go back just to see this flying monkey, who was full of one liners and laughs.  It would not surprise me if the Finley plush will be very popular now. 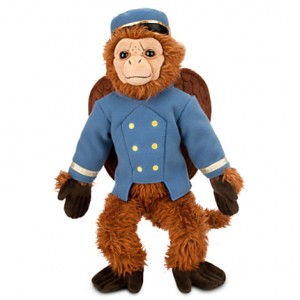 The evil flying monkeys, which looked more like baboons, could scare children and even squeamish adults (I could fit in this category for some movies).  They do have close- ups, so be warned. Overall, I do feel a child could sit through this movie despite the evil flying monkeys appearances. I did not see the movie on an IMAX screen or in 3D. I do not feel I missed out on that experience because things did tend to leap out on the regular screen.