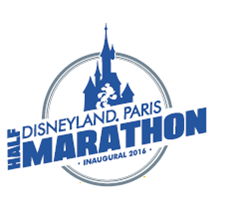 MARNE LA VALLEE, France (June 25, 2015) – The new Disneyland Paris Half Marathon Weekend will be a three-day race weekend that includes a variety of events for runners and fans to experience the theme parks like never before when it debuts in the City of Light on Sept. 23-25, 2016.

In addition to the races, the Paris event, runDisney’s first at a Disney Park outside of the United States, will also offer several family-friendly events, including a pre-race Pasta Party the night before the half marathon where runners can “carb up’’ for the race. There will also be a runDisney Health and Fitness Expo throughout the weekend where runners pick up race packets, shop for the latest running apparel and technology and attend a speaker series involving leading industry experts.

While running through the theme parks and the countryside villages, runners will have the opportunity to meet beloved Disney characters and experience legendary Disney entertainment along the course. And commemorative medals await runners at the finish line.

“We could not be more excited about the upcoming runDisney event,’’ said Tom Wolber, President of Euro Disney S.A.S. “It will make Disneyland Paris the world’s third Disney destination to host this successful sporting series that offers a whole new running experience for the young and young-at-heart.’’

For more information about the race weekend, visit www.run.disneylandparis.com.

Pasta in the Park Party