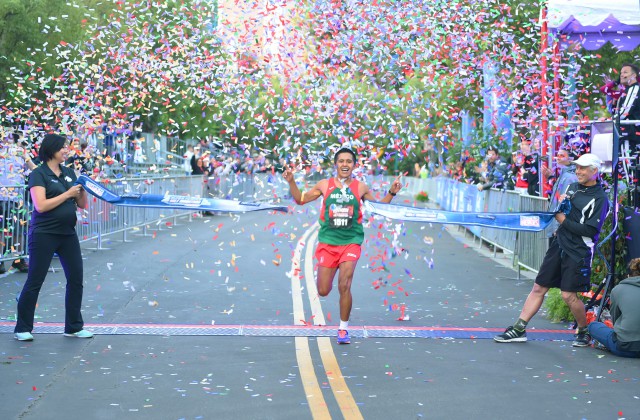 Manuel led the Avengers pack from the start and never looked back. His time of (1:11:09) was three minutes faster than last year’s Avengers half marathon winning time, second-place finisher Nicholas Bowerman of Arlington Heights finished with a time of (1:11:48). Chris Trebilcock of Tampa Florida was third at (1:14.45).

“It was a very nice race,” said Manuel. “I really enjoyed all the support from the crowds of children, families and Disney cast cheering all along the course.” 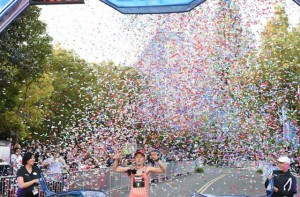 “I could not be happier with winning again this year,’’ said Huerta, returning to defend her title. “I always enjoy the great atmosphere of running in this race, the cheer of the fans all along the way makes me feel as if I am not even in a competition and I can just have fun, which is incredible.”

Cheered on by Avenger characters at the starting line, over 6,000 out of an estimated registered field of 13,500 runners in this year’s Avengers Super Heroes Half Marathon exerted superhero strength as they ran in both the 10k and half marathons over the weekend for the honors of completing the Infinity Gauntlet Challenge. New to this year’s runDisney Avengers Marathon weekend, is the Captain America 10k race – runners completing both races over the weekend, receive a special Infinity Gauntlet Challenge medal in addition to receiving their 10k and half marathon medals. 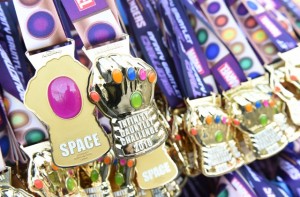 The 13.1-mile course took runners through Disney California Adventure Park, Disneyland Park Angel Stadium and four Orange County cities, with the final stretch going past Disney’s Paradise Pier Hotel and the Disneyland Hotel for an exciting finish. All along the route, they were greeted by cheering fans, music and live entertainment.

Sunday’s half marathon race was the finale of the three-day race weekend that continues to build in its popularity from last year’s inaugural debut. The new 10k Captain America race – part of the Infinity Gauntlet Challenge – sold out in just over 40 minutes.

In addition to the half marathon, other weekend events included the Avengers Super Heroes 5K, Captain America 10k and the runDisney Kids Races. In all, the race weekend included runners from ages 14 to 79 and all 50 states, plus over 25 countries!