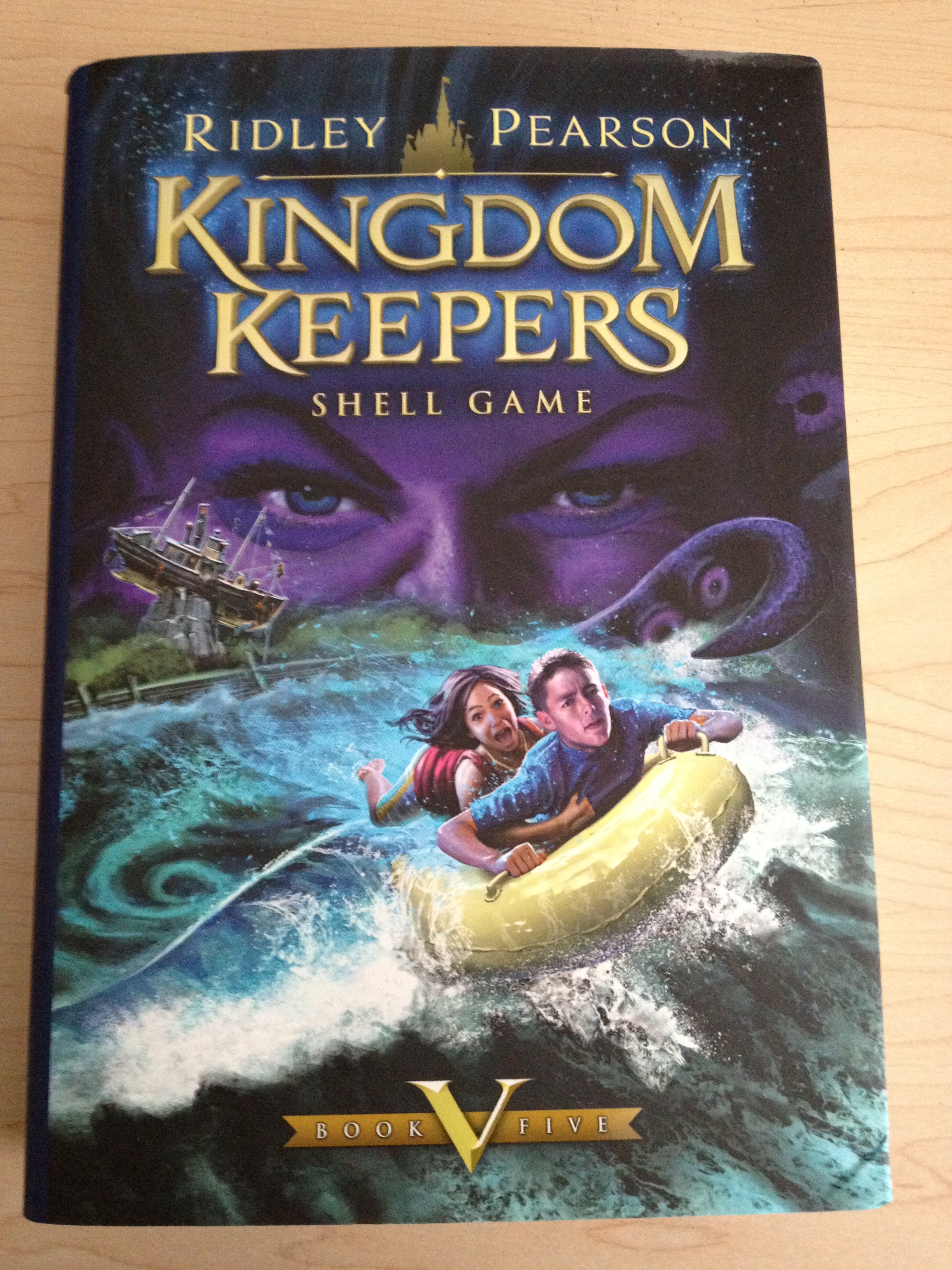 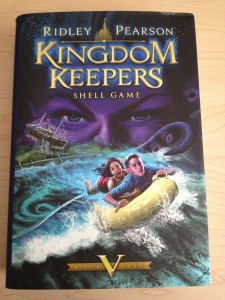 Today Kingdom Keepers V-Shell Game is being released in book stores.  I had the opportunity to purchase the book in advance and have it autographed by Ridley Pearson.  An early release of the book and book signing events were scheduled at Walt Disney World on 3/29/12 and 3/30/12.  On 3/29, the event was held at Once Upon A Toy at Downtown Disney and 3/30 at The Writer’s Stop at Disney’s Hollywood Studios.  Of course I wanted to attend the event after attending the 1/26/12 signing event held at Disney’s Hollywood Studios.

On 3/29, the book was available for purchase at 3pm.  When I arrived a little after 2pm, the line was already around the corner.  We were asked to line up at one of the back doors.  The book was limited in quantity, but I think everyone in line was able to purchase a copy or two.  The line to purchase moved quickly and was done in an orderly fashion.  Once the book was purchased, you got into another line to receive Mr. Pearson’s autograph. 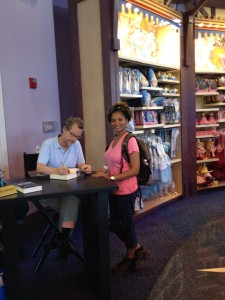 I enjoy the series so much, that I would like to give away an autographed copy of Kingdom Keepers V-Shell Game.  The contest begins Tuesday, 4/3/12 at 12:01am EST and ends on Thursday, 4/5/12 at 12:01am EST.  The winner will be chosen using Rafflecopter and announced on Friday, 4/6/12.  The link and rules to enter are below. 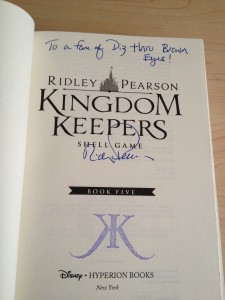 The rules are as follows:

-Open to residents of U.S. and Canada

-Must be 18 years and older to enter

-To enter, you must answer the question “Who is your favorite Kingdom Keepers character?” This can only be done once a day.

-Book will be mailed to the winner

– All entries will be verified upon selection of a winner to make sure that they are still in compliance with the terms of the giveaway.