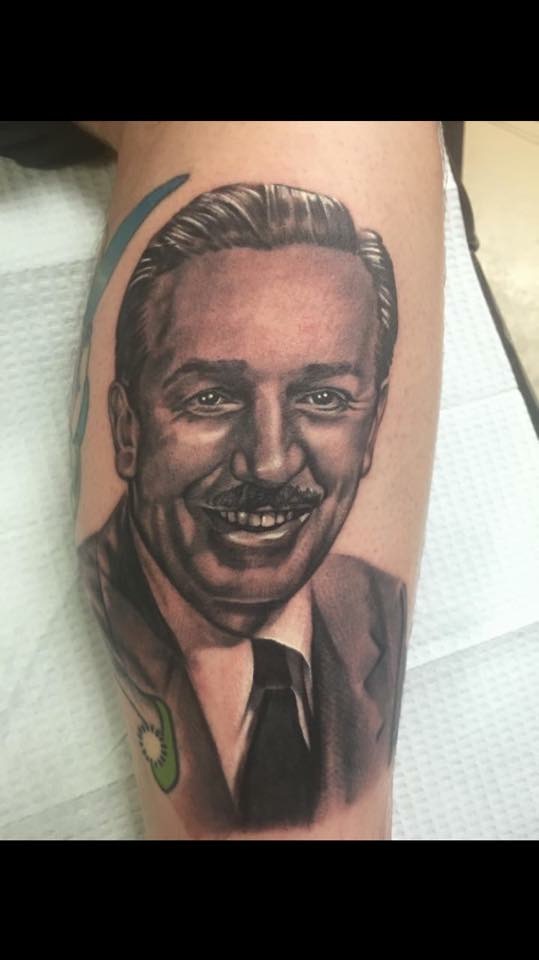 Some people have had the love for all things mouse from an early age because they grew up watching the Disney Channel, while for others it was magical feeling that they experienced walking into a Disney Theme Park for the first time. In any case, as Walt really wanted it to be, Disney has a way of invoking strong emotions in people. Those emotions lead some to display their love for Disney by getting a tattoo. In this series, we will talk to some of those people who are part of the “inkDisney” family. We want to find out why they love Disney so much and what inspired them to take their love for the Mouse to the next level. This week, we will talk to one of our readers. His name is Curt and he is from Carnduff, Saskatchewan, Canada! 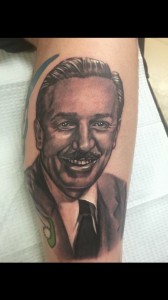 I have always loved Disney. First trip was when I was 16 and loved it even more. I didn’t go again until I was 31. Now, I have gone at least once a year since.

My first tattoo was done in 2007 and it was Stitch, as he is my favorite character. I followed that up with the Disney Cruise Line logo after taking my first cruise. Tattoos that followed incude Luxo Jr. (PIXAR Lamp), Steamboat Willie, Oswald the Lucky Rabbit, Mickey Mouse, the Disney Vacation Club logo, the 4 Parks One World WDW symbol, versions of Tinkerbell and Belle, as well as the opening words from Walt’s speech at Disneyland. 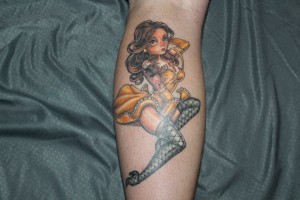 Combined time for all my tattoos to be completed was about 25 hours or so.

My most recent tattoo is a portrait of Walt Disney. It was done by Jason Doll of Doll Studios. This tattoo represents everything that Disney is to me. A symbol to keep dreaming and believing in faith, trust and pixie dust.

Definitely have plans for more tattoos. Those plans include a Haunted Mansion piece and one of the Fab 5. 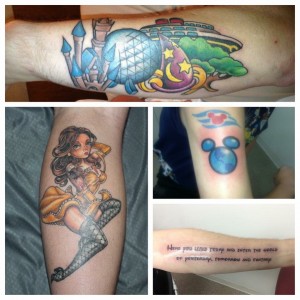