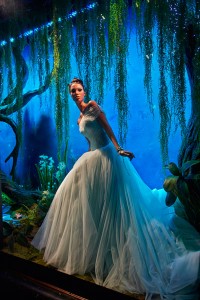 BURBANK, Calif. – July 22, 2013 – A stunning display of exclusive gowns inspired by Disney’s iconic Princesses will make their U.S. debut at the D23 Expo inside the Treasures of the Walt Disney Archives exhibit. These handcrafted designs by world-leading designers will be available for viewing each day of the event, August 9–11 at the Anaheim Convention Center . Included are works inspired by the individual stories of the Disney Princesses by Ralph & Russo (Tiana), Versace (Cinderella), Elie Saab (Aurora), Marchesa (Ariel), Escada (Jasmine), Missoni (Mulan), Roberto Cavalli (Pocahontas), Jenny Packham (Rapunzel), Valentino (Belle), and Oscar de la Renta (Snow White). The stunning dresses were first showcased in an ultra-glamorous set of window displays at Harrods, the luxury store in Knightsbridge, London , during the 2012 holiday season. 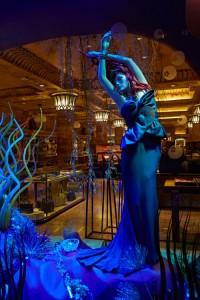 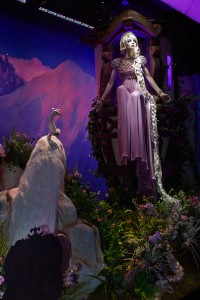 In addition, D23: The Official Disney Fan Club is announcing two additional presentations. As we near the award-winning film’s 50th anniversary, Disney Legend and Walt Disney Archives Chief Archivist Emeritus Dave Smith will host “Behind the Scenes of Walt Disney’s Mary Poppins.” Guests will learn the complete story of how Walt Disney first discovered the book, worked on the script with author P.L. Travers, brought in the Sherman Brothers to write a memorable score, selected an unforgettable cast, oversaw actual filming, and celebrated at a gala Hollywood premiere.

During “Secrets of ‘The Lost Chords,’” Grammy® Award-winning producer and resident Disney Music historian, Randy Thornton will reveal some of the secrets behind Disney’s “lost” songs written for classic Disney films by legendary Disney composers (such as the Sherman Brothers) that were essentially lost for decades—until now. Plus, as a special part of this exclusive D23 event, guests will be among the very first to hear songs currently in production from a significant upcoming “Lost Chords” release.

Disney Artist and Historian Stacia Martin will present “Sounds Delightful: An Illustrated Audio Adventure,” which will take guests on an entertaining trip across the decades via vintage Disney Vinyl Recordings from her extensive personal collection. Forgotten favorites from the family turntable of yesteryear will be heard along with rare promotional and production tracks… including never-before-heard musical moments from Walt Disney’s own “journey down the Yellow Brick Road .”