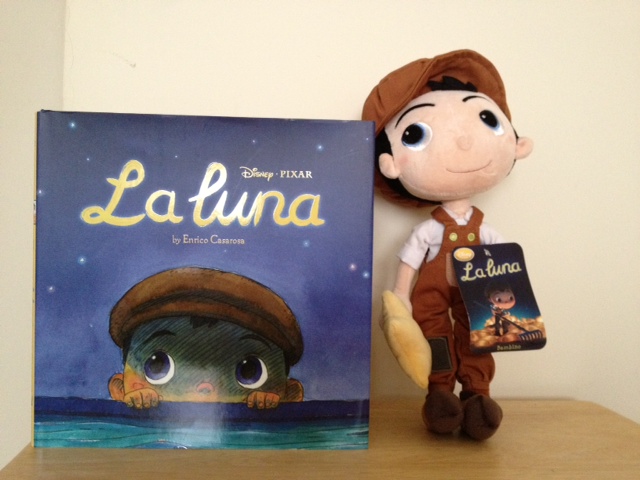 Today’s fabulous items are the La Luna storybook and Bambino Plush, who is holding a star in his hand.  I was exposed to La Luna when the Pixar short had its theatrical release on 6/22/12 before Pixar’s Brave.  In doing research, I learned the short, written and directed by Enrico Casarosa, was debuted in 2011 at the Annecy International Animated Film Festival in France.  La Luna was nominated for an Oscar for Best Animated Short Film at the 84th Academy Awards.

La Luna is about a young boy, Bambino, who learns about the job his father and grandfather have. They sweep fallen stars off of the moon’s surface.  The men disagree on how Bambino should wear his new hat and even what tool he should use to sweep the stars.  Bambino finds his own identity in how he wears his hat and the way he sweeps the fallen stars.