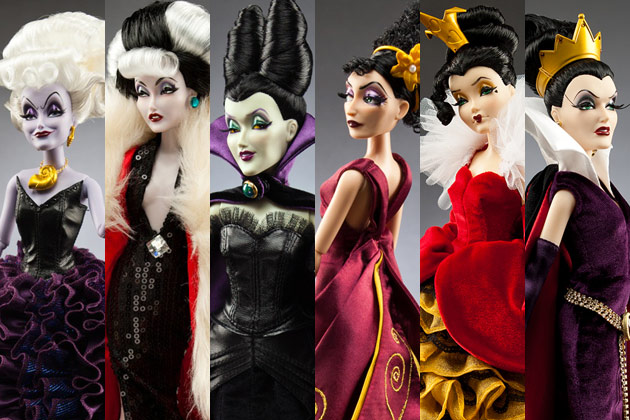 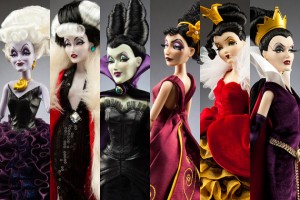 The release schedule is as follows:

When a doll is released on Monday, it will be available on DisneyStore.com on Tuesday.  For example, Maleficent will be in stores on September 10th and then available for purchase on online on September 11th.   There will be a limited number of the complete 6 doll sets available for pre-order at DisneyStore.com on August 20, 2012 at 12:01am PT.  The complete set will be shipped together before or after the last doll is released on October 15th.

Now some of us know firsthand or heard about the madness the Disney Princess Collection releases created, including people waiting in lines at the stores for hours and the website crashing due to the overwhelming amount of people attempting to order the dolls.  The Disney Store has created new procedures for purchasing a doll on the release date as well a list of the participating stores.  You can find the document here .

My goal is to be at my store located at the Mall of Georgia to report on the first release day as well as the additional merchandise that will be released.  Hopefully Kelsey ( @kelskc ) will join me on this adventure.  We usually do these Disney Store releases together.  Check out Kelsey’s blog, n3rdgrl.com , to read about previous events we have attended.

The following is a list of merchandise that will be available beginning September 10th I am figuring: