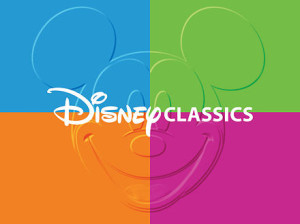 As we know music plays an important role in Disney films and theme parks.  I cannot tell you the times I have just started singing Grim Grinning Ghosts (Haunted Mansion) or Yo Ho (A Pirate’s Life for Me) (Pirates of the Caribbean).  In some instances I may just break out in a dance when hearing Happy Working Song (Enchanted) when cleaning my house.

There are four volumes of the collection which includes many of the songs I can listen to over and over:

There is also a bonus download of Disney Classics Medley by YouTube a capella sensations Peter Hollens and Alex G.  Here is their music video found on YouTube:

Here is more information on the box set:

This box set would make a wonderful gift for the Disney lover or for the family to enjoy on road trips or spending time together. The box set can be found at most retail locations that sell music including Disney Parks and  Amazon.com.