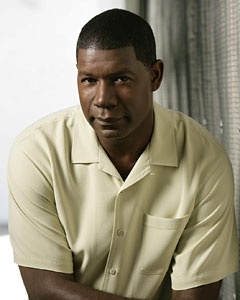 Dennis Haysbert is an African-American film and television actor.  Mr. Haysbert is known from portraying baseball player Pedro Cerrano in the Major League film trilogy and President David Palmer on the television series 24. He is recognized today for his work in the Allstate Insurance commercials.  Mr. Haysbert ties to Disney will be seen in the upcoming Disney Film Wreck-It Ralph set to be released in the Fall of 2012.  He will voice the character General Hologram.