If you are on the fence about attending the D23 2013 Expo in August, then this may help you make up  your mind.  The advance discount ticket  prices will end on 6/15.  This will be my third expo and I can not wait.  I am bringing along my sister and nephew.  It will be their first expo and first trip to visit Disneyland.

Here is more information from D23 per a press release:

The highly anticipated D23 Expo 2013: The Ultimate Fan Event returns to the Anaheim Convention Center from August 9 – 11, 2013, once again bringing the entire world of Disney under one roof and offering attendees unprecedented access to Disney films, television and theme parks as only D23: The Official Disney Fan Club can! Visit www.D23Expo.com to buy tickets before the prices go up on June 16.

Find more details on prices and announcements at the D23 Expo website www.D23Expo.com. 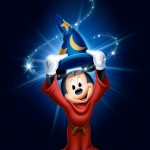