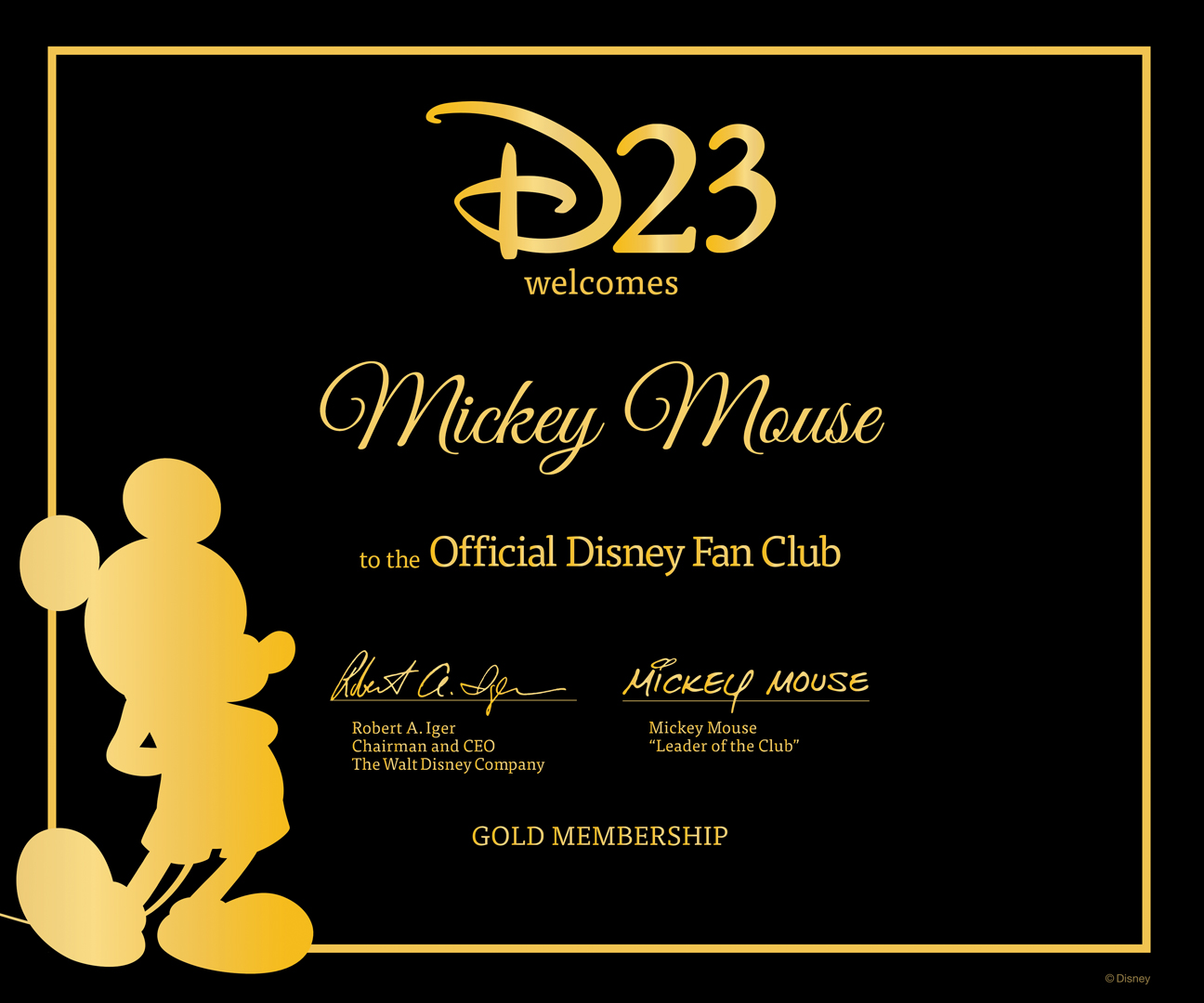 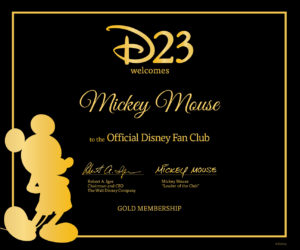 SCREENINGS ON THE DISNEY STUDIO LOT AND AT WALT DISNEY WORLD RESORT: Throughout the year, D23 will once again offer special screenings on both coasts of classic Disney favorites, including Tangled, Pirates of the Caribbean: Curse of the Black Pearl, and more. D23 will also screen The Many Adventures of Winnie the Pooh exclusively for members in Orlando. Just in time for back-to-school, D23 will celebrate Disney Afternoon favorites such as DuckTales, Gummi Bears, and Chip ’n Dale Rescue Rangers, holding a screening event on the Studio lot with special guests, picture spots, and more surprises. And D23 Members will be invited to the lot for a spook-tacular Halloween screening event that will include a special exhibit from the Walt Disney Archives.

THE OFFICIAL WALT DISNEY STUDIOS TOUR—PRESENTED BY D23: D23 Gold Member-exclusive tours of the historic Studio lot return, including a look inside the Walt Disney Archives and a tour of Walt Disney’s office suite. The 2.5-hour tours offer fans a unique perspective on historic moments from Disney films, television shows, and theme parks.

D23 BEHIND-THE-SCENES EXPERIENCES: In January, D23 will host the first of several behind-the-scenes events at unique Disney locations, featuring special guests and gifts tailored to each experience. Following a year where members explored the Ink & Paint Department on The Walt Disney Studios lot and took an after-hours tour of the Twilight Zone™ Tower of Terror at Walt Disney World Resort, there will be more surprises in store for members in 2017.

D23’S LUNCH WITH A DISNEY LEGEND: Beginning in February, D23 brings back these exclusive luncheons with Disney luminaries, where members will meet Disney Legends and hear their fascinating stories. The events return to both Walt Disney World Resort and The Walt Disney Studios, where members have already dined with Legends such as animator Glen Keane, Imagineering Ambassador Marty Sklar, and voice talent Kathryn Beaumont.

ADVANCE SCREENINGS: Members can expect a host of exclusive, advance screenings of what are sure to be some of 2017’s most popular releases from The Walt Disney Studios. This year, D23 Members saw previews of Zootopia, The Jungle Book, and Finding Dory in cities across the county, including Atlanta, Boston, Chicago, Cleveland, Dallas, Houston, Las Vegas, Philadelphia, Portland, and Seattle. Plus, D23 Members in Los Angeles attended the red carpet premieres of Moana and Pete’s Dragon. For those guests who don’t live in the cities where movies are screened, D23 Gold Members across the country will be selected at random to receive complimentary movie passes, which will be included in issues of Disney twenty-three, D23’s quarterly publication.

D23 DISNEY FANNIVERSARY CELEBRATION—EPCOT 35: D23 heads to the parks in honor of Epcot’s 35th anniversary. Epcot, originally announced as the Experimental Prototype Community of Tomorrow by Walt Disney in 1966, has continued to grow and evolve over the years. D23 Members can look forward to a treasure trove of video, illustrations, and photographs to complement a host of stories, both new and old, in honor of this landmark. Plus, D23 will hold a special member event at Walt Disney World Resort in honor of the anniversary.

SIGNATURE EVENTS: D23 will bring back foodie favorite Sip & Stroll during the Epcot International Food & Wine Festival, and members on the West Coast will get to join the fun, as D23 debuts a new event in conjunction with Disneyland Resort’s culinary festivities. And after giving members a look inside the Walt Disney Birthplace in Chicago in 2016, D23 will return to the Windy City next year to see the tremendous progress made on the home’s restoration. Expect special holiday events on both the East and West Coasts to make the season bright.

MEMBER MIXERS AROUND THE COUNTRY: After mixing and mingling at complimentary gatherings in Seattle, Chicago, Bridgewater, N.J., and even at San Diego Comic-Con, D23 will bring more mixers to cities around the country in 2017.

Dates, ticketing information, and more D23 events will be announced throughout the year. Full details on D23’s lineup of 2017 special events can be found on the Fan Club’s website at www.D23.com/events. All events and dates are subject to change.

What to learn more about D23 or to join?  Read below!!

The name “D23” pays homage to the exciting journey that began in 1923 when Walt Disney opened his first studio in Hollywood. D23 is the first official club for fans in Disney’s 90-plus-year history. It gives its members a greater connection to the entire world of Disney by placing them in the middle of the magic through its quarterly publication, Disney twenty-three; a rich website at D23.com; member-exclusive discounts; and special events for D23 Members throughout the year.