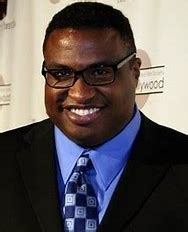 Michael-Leon Wooley voiced Louis in Disney’s The Princess and the Frog.  In 1992, Mr. Wooley made his Broadway debut as an understudy in the Clarke Peters’ musical, Five Guys Named Moe. After that, he went on national tours with The Pointer Sisters in Ain’t Misbehavin’ and The Wiz with Stephanie Mills.  Mr. Wooley returned to Broadway in 2000 as Olin Britt in the Broadway revival of The Music Man. He has lent his voice to many commercials and video games.  Mr. Wooley has made numerous guest appearances on television series such as Cosby, Law & Order: Special Victims Unit, and Grace and Frankie.