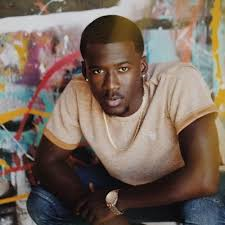 Kwesi Boakye (1999-Present) is an American actor, voice actor, and singer of Ghanaian.  He is most known for his role as Manny in the 2009 Tyler Perry film I Can Do Bad All By Myself.  He was also the original voice of Darwin on The Amazing World of Gumball.  He lent his talents to Disney by voicing a newspaper boy in The Princess and the Frog and Andrew in two episodes of Special Agent Oso.