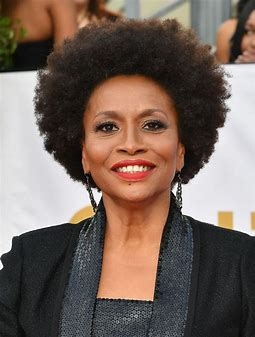 Jenifer Lewis voiced the blind, 197-year-old voodoo priestess, Mama Odie in Disney’s The Princess and the Frog.  She began her career appearing in Broadway musicals and worked as a back-up singer for Bette Midler before appearing in films Beaches and Sister Act. Ms. Lewis is known for playing roles of mothers in the films What’s Love Got to Do With It, Poetic Justice, The Brothers, Think Like a Man and in the sequel Think Like a Man Too, and Baggage Claim (2013). As far as television, Ms. Lewis had roles on sitcoms A Different World, The Fresh Prince of Bel-Air and Girlfriends. In 2014, Lewis began starring as Ruby Johnson in the ABC comedy series Black-ish, for which she received two Critics’ Choice Television Award nominations.  In 1990, Ms. Lewis was diagnosed with bipolar disorder.  She expressed feeling ashamed and hid her disorder.  After years of therapy and medication, she now acknowledges her mental health.