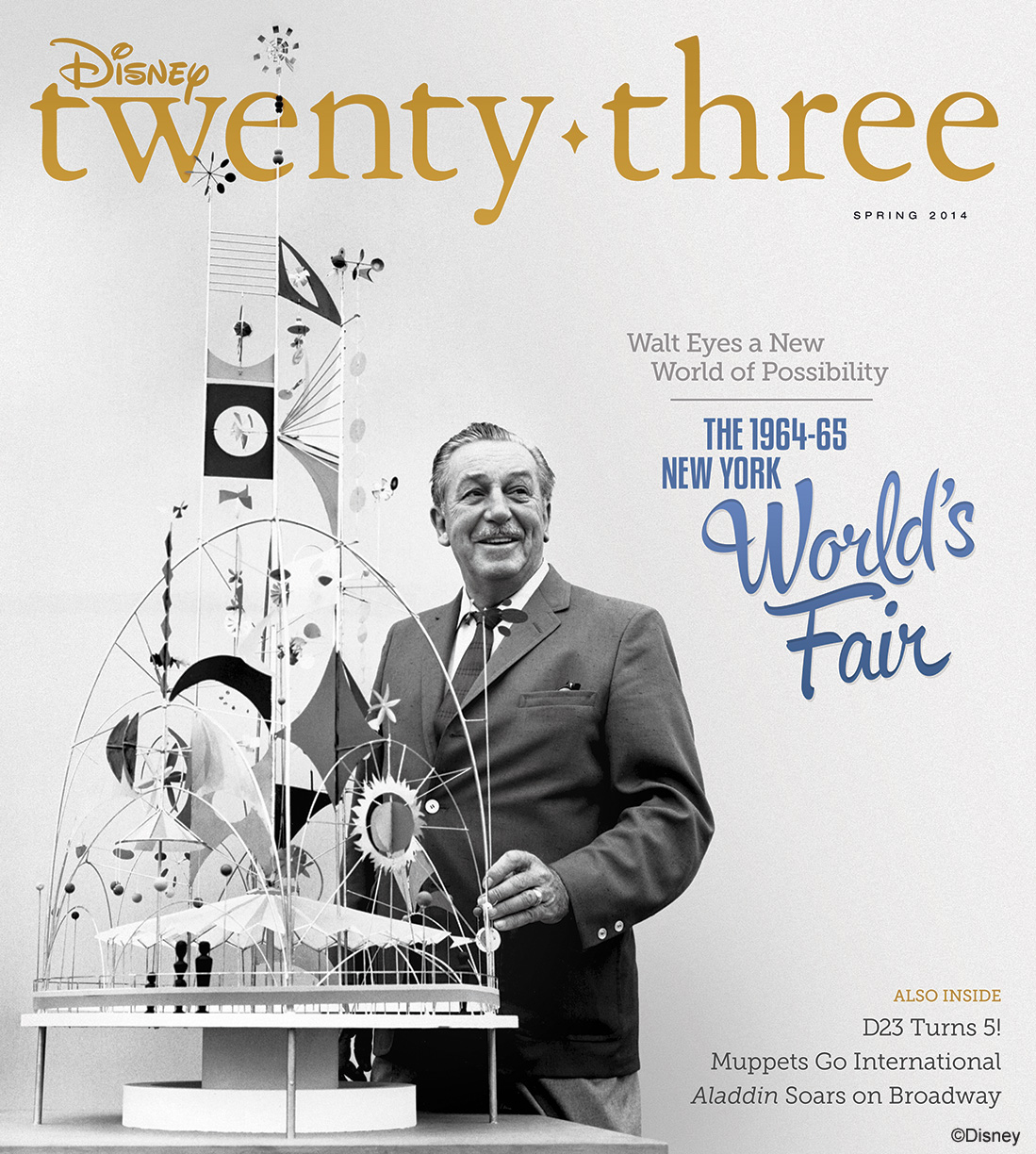 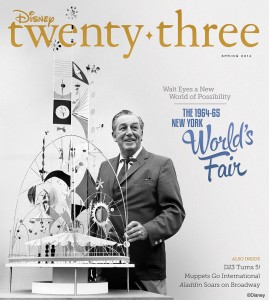 I wanted to share this release from D23: The Official Disney Fan Club.

BURBANK, Calif. – FEBRUARY 13, 2014 – The 1964–65 World’s Fair in New York celebrated a time of optimism, growth, and progress. D23: The Official Disney Fan Club captures all the excitement of this epic event in the Spring issue of its publication, Disney twenty-three. The Fair, which is celebrating its 50th anniversary this year, marked the creation of landmark Disney technology, music, and attractions including it’s a small world, Audio-Animatronics® technology, Great Moments with Mr. Lincoln, and the Carousel of Progress—with its memorable theme song “There’s a Great Big Beautiful Tomorrow.” Disney twenty-three sat down with several Disney Legends responsible for these iconic landmarks including Marty Sklar, Alice Davis, and Bob Gurr. Stunning concept art and rarely seen photography from the Fair complement the stories in this issue, available exclusively to Gold Members  of D23.

Disney twenty-three’s Spring issue also includes a look ahead at some of the latest entertainment coming from Disney. Ty Burrell, Tina Fey, Kermit the Frog, and Miss Piggy give readers a peek “behind the felt” at Muppets Most Wanted, which opens this March. Chris Evans talks about suiting up once again for April’s Captain America: The Winter Soldier. Plus, Jonathan Freeman discusses taking his characterization of the villainous Jafar from screen to stage, as Disney Theatrical Productions prepares to open Aladdin on Broadway this March.

All D23 Members are invited to visit www.D23.com for additional members-only content, including extended Q&As with Kermit, Fey, Burrell, and the irrepressible Miss Piggy from Muppets Most Wanted.

Also in the Spring issue, D23 Gold Members will receive a reproduction of the “Souvenir Map and Small World Guide” from the centerfold of the commemorative it’s a small world, guide book.

The name “D23” pays homage to the exciting journey that began in 1923 when Walt Disney opened his fledgling studio in Hollywood. D23 is the first official club for fans in Disney’s nearly 90-year history. D23 gives its members a greater connection to the entire world of Disney by placing them in the middle of the magic through its quarterly publication Disney twenty-three; a rich website at D23.com with members-only content; member-exclusive discounts and special events for D23 Members throughout the year.