I am loving the news about what is to come at the D23 Expo 2015.  Disney Theatrical Productions will be performing a new concert.  Below is the official press release.

BURBANK, Calif. – June 4, 2015 – Following the incredibly warm and rousing reception from D23 EXPO fans in 2013, Disney Theatrical Productions is thrilled to announce a new concert presented exclusively for this year’s D23 EXPO at the Anaheim Convention Center entitled Disney on Broadway’s “THE ORIGINALS.”  In anticipation of high fan-demand, two performances of the concert will be presented on Saturday, August 15th at 11am and at 2pm in Stage 23.

Disney on Broadway’s “THE ORIGINALS” stars Broadway’s original “Mary Poppins” (Ashley Brown), “Tarzan” (Josh Strickland) and “Genie” (James Monroe Iglehart) from Aladdin.  The “originals” will entertain and delight D23 EXPO attendees by performing favorite musical highlights from the Disney on Broadway catalogue.   Tony Award®-winner James Monroe Iglehart will also serve as host for this 70-minute, live performance that features a five-piece band of Broadway’s best musicians with special behind-the-scenes videos and interviews that promise to enthrall Disney on Broadway fans of all ages. 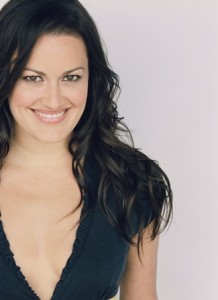 Ashley Brown originated the title role in Mary Poppins on Broadway for which she received Outer Critics, Drama League and Drama Desk nominations for Best Actress.  Ms. Brown also starred as Mary Poppins in the national tour of Mary Poppins where she garnered a Garland award for “Best Performance in a Musical”. Ms. Brown’s other Broadway credits include Belle in Beauty and the Beast, and she has starred in the national tour of Disney’s On The Record.  Ms. Brown recently returned to critical acclaim starring in the Lyric Opera of Chicago’s production of Oklahoma.   She previously played Magnolia opposite Nathan Gunn in Francesca Zembello’s Show Boat at the Lyric Opera of Chicago. Ms. Brown has performed with virtually all of the top orchestras in North America including the Boston Pops, the New York Philharmonic, The Hollywood Bowl Orchestra at Disney Hall, the New York Pops at Carnegie Hall (four times), the Cincinnati Pops and the Philadelphia Orchestra (two times). Ashley starred in The Sound of Music at the St. Louis MUNY which garnered her a Kevin Kline award and her own PBS special called “Ashley Brown: Call Me Irresponsible” which received a PBS Telly Award.  Other television credits include NBC’s The Sound of Music.  Ms. Brown’s long-awaited album of Broadway and American Songbook standards is available on Ghostlight/Sony. Ashley is a graduate of the Cincinnati Conservatory of Music. 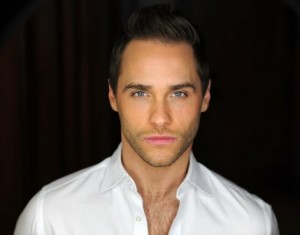 Josh Strickland is a native of Charleston, South Carolina. In 2006, Strickland created the leading role of Tarzan in Disney’s Tarzan on Broadway. In 2009, he made his starring Las Vegas debut in PEEPSHOW at Planet Hollywood Casino & Resort while concurrently co-starring in the hit E! reality show Holly’s World. Strickland debuted his first single “Report to the Floor”, which skyrocketed to the top five on the iTunes Dance Charts the first week of its release, followed by “Last Dance”. Mr. Strickland is currently starring in Vegas! the Show at the Planet Hollywood Casino & Resort in Las Vegas. 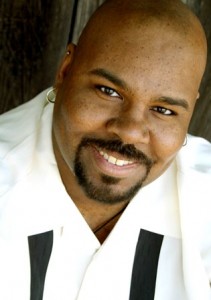 James Monroe Iglehart won a 2014 Tony Award® for his performance in Aladdin. He originated the role of Bobby in the Tony-winning musical Memphis. Other NYC: The 25th Annual…Spelling Bee and The Wiz. Film/TV: “Gotham”, “The Unbreakable Kimmy Schmitt”, “The Good Wife” and “The Electric Company” (the Silent E Soloist). James is a member of the hip-hop improv group Freestyle Love Supreme. His greatest gift is his wife, Dawn. This is an absolute blessing — a real-life wish come true!