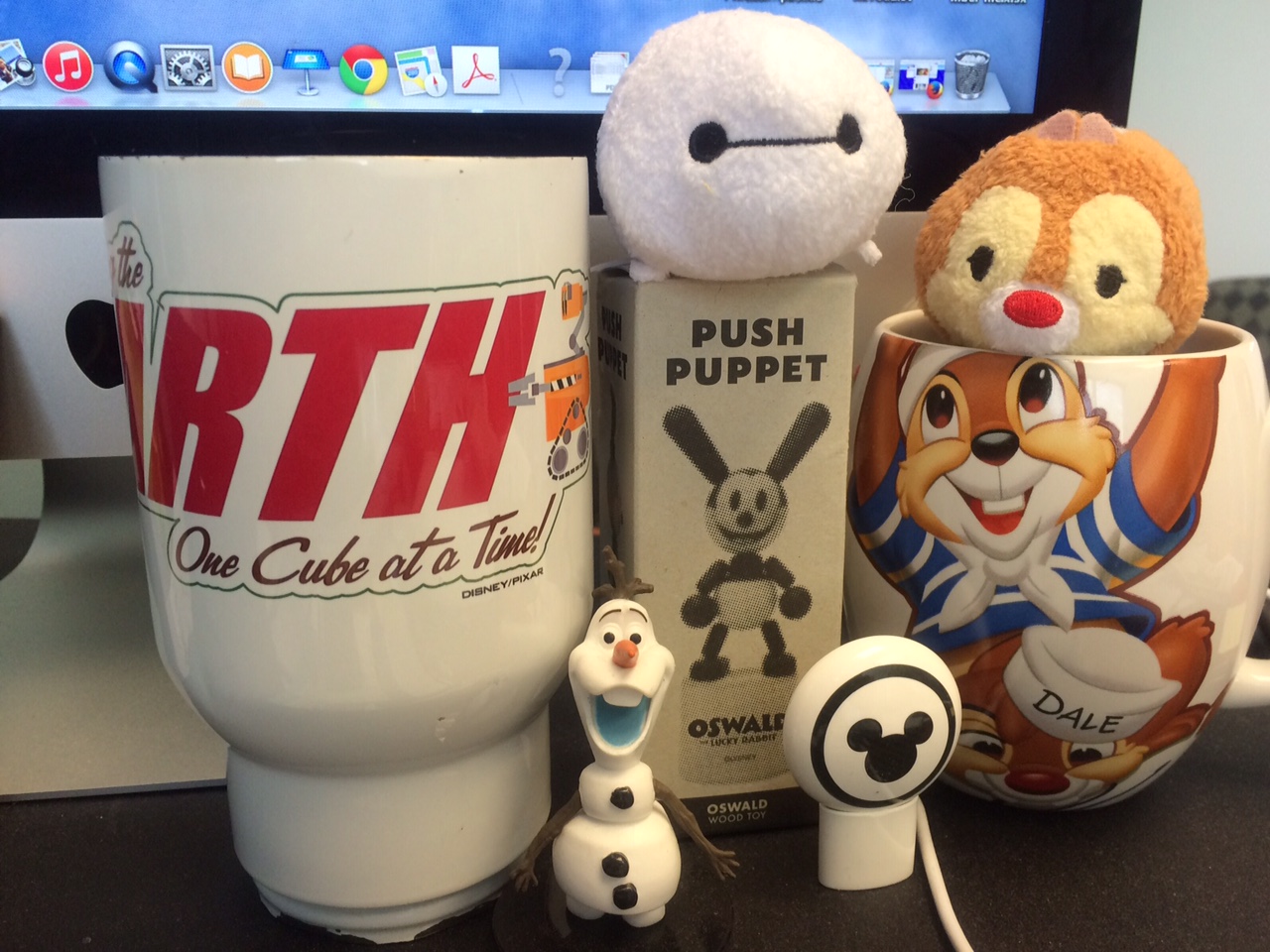 I had the pleasure of chatting with Jeffrey Epstein, Senior Manager, Partnerships & Communications of D23 & Disney Corporate Communications Resources.  I am a Gold Charter Member of D23: The Official Disney Fan Club and plan on maintaining my membership.  So I was very excited at the opportunity to speak with Jeffery about D23.

JE: Membership has grown tremendously since we launched and when we added the General Membership two years ago which is complimentary. Of course that opened up D23 to an entirely new segment of Disney fans who wanted to be a part of the D23 community. We have an incredible robust engaged and engaging membership. 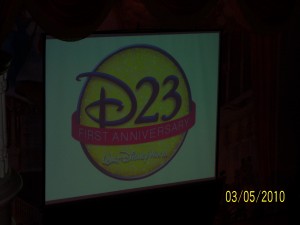 DTBE: The D23 Expo will be here upon us before we know it.  The announcement of The Walt Disney Archives presents Disneyland: The Exhibit was very exciting to hear about.  Can you expand on what other Disneyland 60th Anniversary tie-ins will take place at the expo?

JE: We haven’t announced anything formally. Of course, the big celebration is happening across the street at Disneyland. So we hope a lot of our guests will venture over there before or after the expo to see all of the incredible entertainment that they have created for the Diamond Celebration.

I guess I can say stay tuned to see what announcements will be made from Parks and Resort to hear what they will be including about the anniversary at the expo. Disneyland the Exhibit is really the big expo nod to the Disneyland Anniversary.

DTBE: Will Gold Members have certain perks during the expo?

JE: Gold and Silver members get in an hour early on the show floor to shop and see pavilions before the general public and General members.  All members get the discounts on the tickets to the expo. There may be some surprises. Don’t forget about the Charter Member Lounge and make sure to bring your membership card. 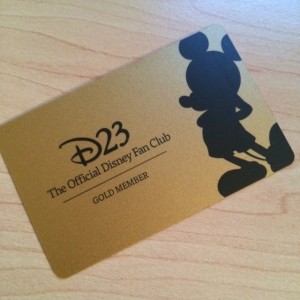 DTBE: I am a Disney shopper.  Can you give some names of vendors who will be present at the expo?

The D23 Expo Emporium, the next generation of the Collectors Forum, will offer ample shopping opportunities.

DTBE:  Any tips for first time attendees at the D23 Expo?

DTBE: I met you during the first Magic & Merriment Event held at Walt Disney World.  I think my favorite part of the event was touring Cinderella Castle Suite.  What D23 event is your favorite?

JE: That is hard to say because we have done some truly wonderful events over the years. Here is my sort of get-out-of-jail card on this one. The great things about the events I have been to, being a Disney Fan myself, is seeing how Disney creates these events. I get to see the behind the scenes. I love the events where we get to interact with our members. I really like that is one of the core principles of D23 where we have truly open dialogue with the members. We do that every day with social media. At our events, it is a terrific opportunity for us to engage and interact with members. It bring us a great deal of joy, I think, because we get to share our love of Disney with Disney fans and bring excitement to the members because they get to chat with us, which we love. 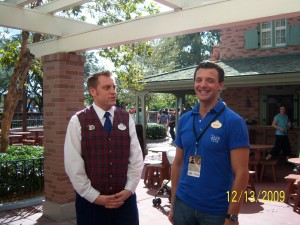 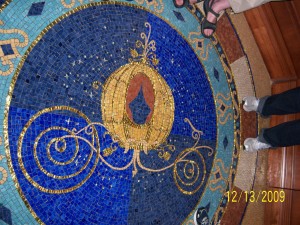 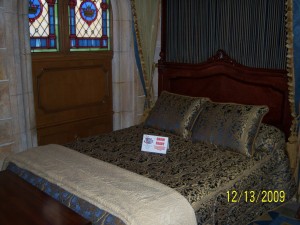 DTBE: What is your favorite Disney character?

JE: I am giving you two because they go hand-in-hand, Chip and Dale.

DTBE: What is your favorite Disney attraction?

JE: Splash Mountain. I love the combination of a thrilling ride and storytelling.

DTBE: I have a weekly post called Mean Muggn’ Monday, which highlights a coffee mug. What is your favorite coffee mug?

JE: It is funny because I have several that I use. The one I use every day is beat up Wall-E mug. It is not really a mug but like a trough because it is huge. A friend of mine gave me a great Chip and Dale mug from Disney Cruise Line that I have on my desk. So one I use and one I just at look at every day. At home I have a Disney World mug that I got at when I was 7 years old when I went to Disney World for the first time. 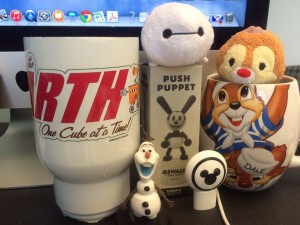 A peek at what is on Jeffrey’s desk.

I would like to thank Jeffrey again for a wonderful interview.  It was a joy speaking with him about D23 and the D23 Expo 2015.

If you are not a member of D23: The Official Disney Fan Club, you can join at D23.com or DisneyStore.com/D23.  For information on the D23 Expo 2015, as well as announcements, visit D23Expo.com.  Guest can interact with D23 on Twitter by following @DisneyD23.