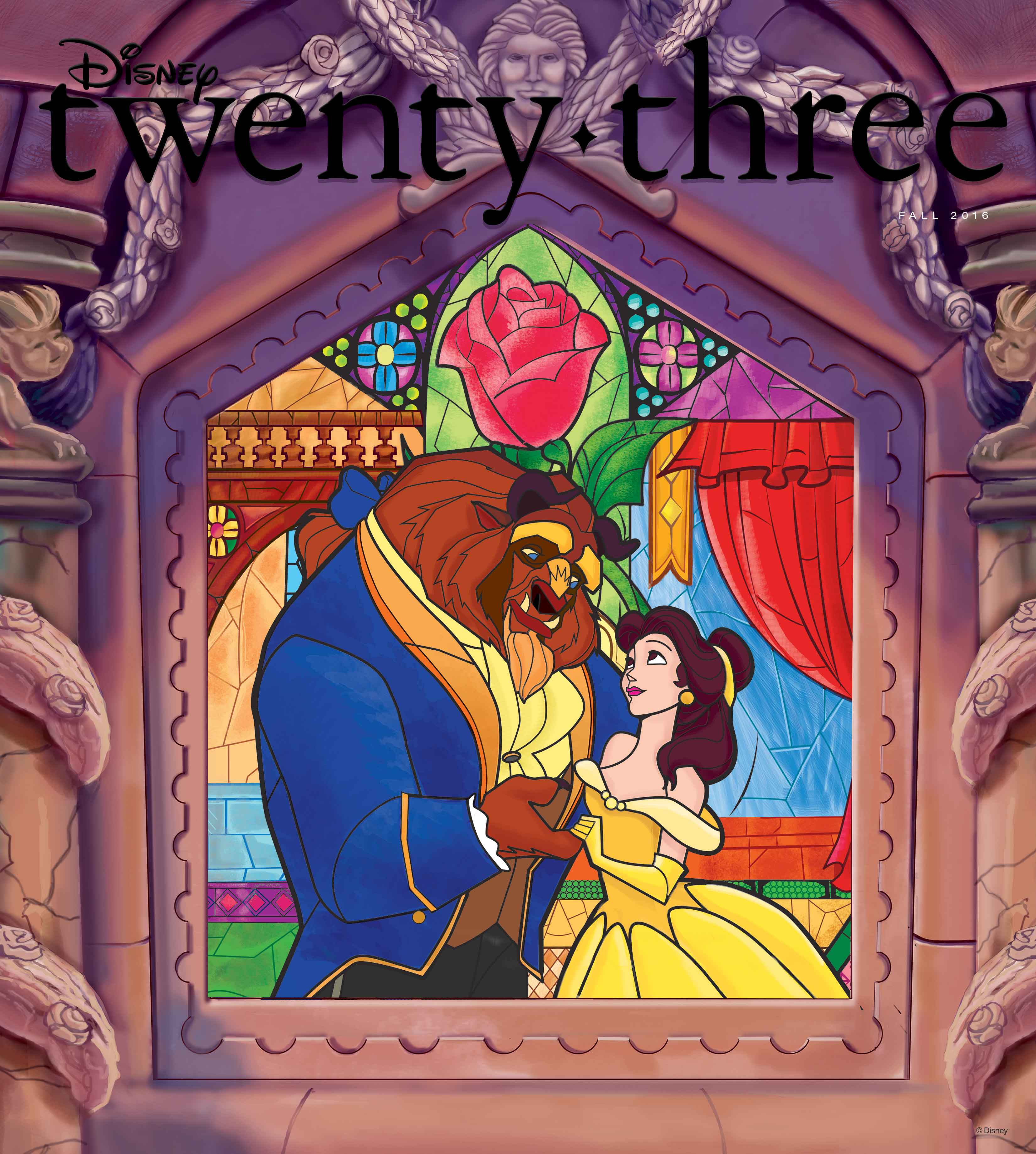 I am excited about getting this issue of Disney twenty-three.  Read the official press release below to get a preview of what would be included.

BURBANK, Calif. – August 2, 2016 – This year, Disney’s Beauty and the Beast—the first animated film ever to be nominated for an Academy Award® for Best Picture—celebrates its 25th anniversary, and Disney twenty-three is giving fans a spectacular look at the film from its inception to its timeless legacy. The issue features interviews with Paige O’Hara (Belle), Robby Benson (Beast), Angela Lansbury (Mrs. Potts), David Ogden Stiers (Cogsworth), Richard White (Gaston), composer Alan Menken, screenwriter Linda Woolverton, producer Don Hahn, and many more, as well as stories about how the film has been equally successful in Disney theme parks and on stage. Plus, readers will learn more about the live-action adaptation of the film, coming to theaters in 2017. 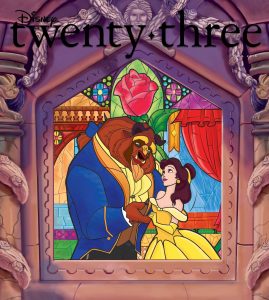 The issue, exclusively for Gold Members of D23: The Official Disney Fan Club, also features a Fall TV Preview, which includes interviews with ABC’s Once Upon a Time creators Eddy Kitsis and Adam Horowitz; the producers and stars of Marvel’s Agents of S.H.I.E.L.D.; and Dan Povenmire and Jeff “Swampy” Marsh (who created Phineas and Ferb), who reveal details about their new Disney XD show, Milo Murphy’s Law. Plus, Hayley Atwell of Agent Carter and Cinderella gives fans a preview of her new ABC show, Conviction, and shares with readers her favorite Disneyland attractions.

Also included in the fall publication of Disney twenty-three is an exclusive interview with Benedict Cumberbatch about his upcoming Marvel film Doctor Strange; a look at how Disney Theatrical Group creates spectacular shows for Broadway and beyond; a peek at the creation of Disney’s newest princess, Elena of Avalor; and a story focusing on the timeless artwork of Dumbo to toast the film’s 75th anniversary. The issue also includes regular columns such as Ask Dave, From the Vault, A Walk with Walt, and a special “From the Desk of” to celebrate the fifth anniversary of Aulani, A Disney Resort & Spa.

The celebration of Beauty and the Beast’s 25th anniversary continues on September 5, when D23 Members—and Disney fans—are invited to join the festivities as the club kicks off its annual Fanniversary event. D23 will be holding member screenings of the groundbreaking film around the country, Gold Members will receive special “selfie kits” with the fall publication, and D23.com will offer fans exclusive features, new videos, printables, recipes, and much more. Fans are invited to “be our guest” for this 25-day event, and to use the hashtag #D23Fanniversary on social media to join the conversation. More details will be available in the coming weeks at D23.com/D23Fanniversary.

Disney twenty-three, which is delivered directly to fans’ doorsteps, is offered exclusively to D23 Gold and Gold Family Members as a benefit of their membership. The latest issue will begin arriving in late August.